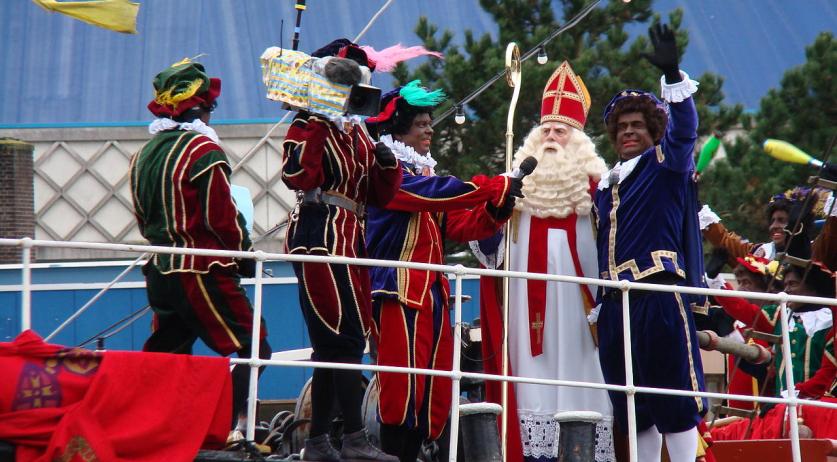 Only a handful of municipalities set conditions for Zwarte Piet's appearance: report

The vast majority of Dutch municipalities are staying out of the discussion around the appearance of Zwarte Piet at the Sinterklaas arrival parties in their cities. Only a small number set conditions regarding the controversial character in the Sinterklaas tradition, NOS reports after speaking to the 120 largest municipalities in the Netherlands, three quarters of which responded to the broadcaster's questions.

United Nations special envoy Tendayi Achiume recently called on the Dutch government to take more responsibility in the discussion about the appearance of Zwarte Piet, especially given that many of the arrival parties are subsidized. Over 60 percent of the municipalities NOS spoke to subsidize the Sinterklaas arrival party, with subsidies ranging from a few hundred euros to tens of thousands of euros in the large cities.

The subsidy for the Sinterklaas party was discussed in a number of municipalities this year. In Deventer, for example, pro-diversity party DENK and a number of social organizations asked the municipality to intervene and make Piet less blackface. Deventer then consulted with the arrival committee, suggesting that one in three Pieten be a so-called Chimney Piet, with soot marks on their face instead of blackface makeup. The committee refused, but promised to come up with an alternative, according to NOS. What that alternative is, will only be revealed at the arrival party. The municipality agreed to this.

The municipality of Hengelo also arranged for a discussion with anti-Zwarte Piet activists about the character's appearance, but on Monday the mayor decided to cancel this meeting due to increasing tensions. The mayor did not want to make the national issue local, according to the broadcaster.

Zwolle, which provides its arrival party with 7,500 euros in subsidy, sets no conditions, but is discussing the appearance of Zwarte Piet. "In conversations with arrival committees, it appeared that there was support from all parties for a gradual change from traditional Pieten to Chimney Pieten", a municipal spokesperson said to the broadcaster. There will be a "substantial number" of Chimney Pieten at the Zwolle arrival party this year.