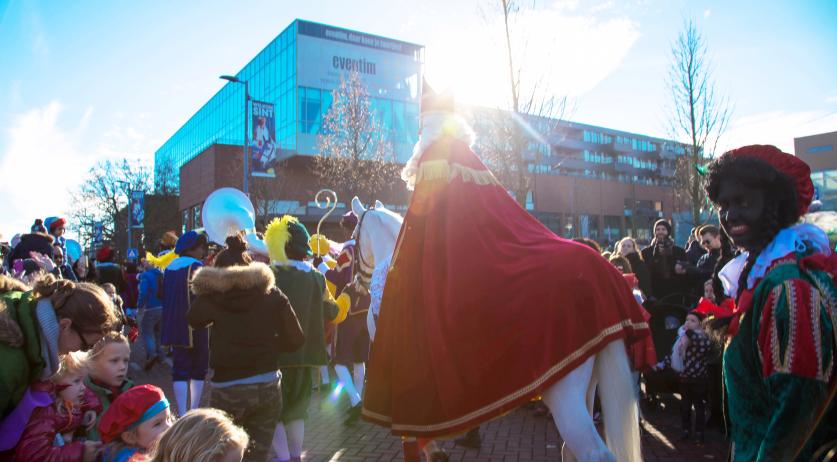 Protest organization Kick Out Zwarte Piet has scrapped its public schedule after a violent attack on its activists in Den Haag, wrote Nu.nl, and a threat of rioting at the group's planned roundtable discussion in Hengelo. The Hengelo event set for Monday was cancelled by city politicians at the last minute, according to Tubantia.

The organization will take the upcoming week to put in place a plan to better secure their events and guard their leading public activists, one of the group's leaders, Jerry Afriyie, said to Nu. Kick Out Zwarte Piet is a group that protests against racism and discrimination, particularly the use of blackface and racist caricatures in the portrayal of the Sinterklaas helper Zwarte Piet.

"We are going to actively protect our demonstrators against civilians who want to commit violence against us," he said. The organization is unconvinced the government can provide adequate protection.

Five male suspects were arrested in Den Haag on Friday night, accused of pelting a building with fireworks possibly as a means of setting fire to it. Inside the former schoolhouse, Kick Out Zwarte Piet was holding a meeting. When the commotion started they locked themselves in the building and barricaded the doors.

The suspects were caught by police, after the building's windows were shattered and the cars on the street were smashed and vandalized. The suspects were accused of attempted arson and property crimes.

It was an "act of terror," the group said. Still, police released four of the five by Sunday night of which three are still suspects.

Afriye had also arranged a meeting with three city council members in Hengelo to discuss Zwarte Piet. According to Tubantia, it then prompted repeated messages on the internet for large crowds to convene on Hengelo in defense of the traditional blackface appearance of the character.

Jeanette Nijhof, of the nationalist PVV party, said Sunday she would not join the Monday meeting because, "I am not in favor of bringing the national discussion to Hengelo." Lokaal Hengelo politician Patrick Rillmann also pulled out with less than a day's notice.

"You shouldn't want rioters to come to Hengelo," said Rillmann, a veteran of military operations in Bosnia and Afghanistan. "We do not want to feed populism."

"I'm being silenced in Hengelo," said Afriye to Tubantia. "I wanted to enter into a dialogue, also with the PVV, but that is no longer possible. Unfortunately," he said.