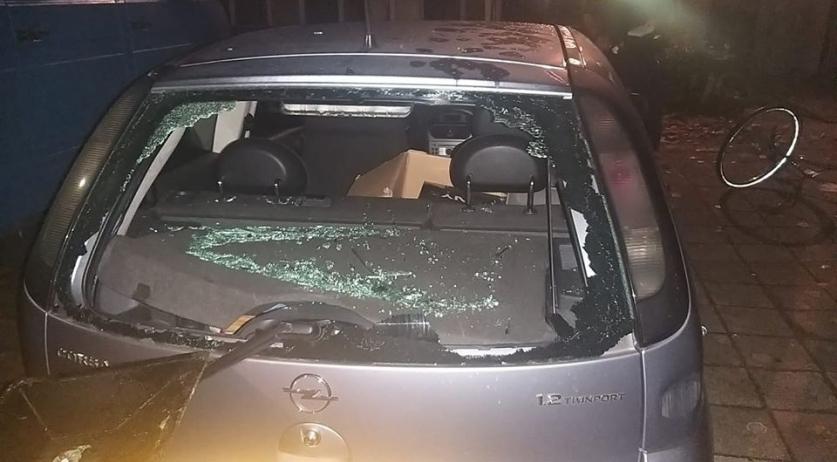 Five people were arrested in Den Haag on Friday night, accused of attempted arson and a violent assault against anti-Zwarte Piet activists meeting there, police said. Dozens of people were gathered in the former school building to discuss their activism against the use of blackface and racist caricatures in the Netherlands, when dozens more tried to storm the facility.

Police arrived on scene at about 7:30 p.m. to find the assailants in the process of setting a fire, bashing the building's windows, and smashing the cars parked on the street. To protect themselves when the commotion started, the activists had locked and barricaded the doors.

The fire triggered panic inside the building, said Mitchell Esajas, who has been involved with Kick Out Zwarte Piet for many years. "Especially because you are in a locked room and you don't know which way to go," he told broadcaster NOS. "And if they were to come in, I am afraid that not only cars were the victims," ​​said Esajas.

A source close to the group told NL Times it was like a scene in a movie where attackers try to kill a group of people en masse when they have them trapped indoors.

Five male suspects were arrested at or near the scene, police confirm. All are from Den Haag. The suspects were as old as 37, with the youngest being just 13 years of age.

"It's great for your children, so my children and many others can feel unsafe two months a year," said Jerry Afriyie, one of the Kick Out Zwarte Piet leaders. He was referring to those who defend the use of blackface and racial stereotypes in portraying the Sinterklaas helper as harmless because they think it is a century-old tradition and an innocent part of a children's festival. "This is no longer a children's party, but it shows exactly the racism that we create."

He made a desperate plea to Dutch politicians to finally stand up against anyone using violence or bullying to prevent people they may disagree with from exercising their democratic rights to assembly and free speech. "If you are neutral in situations of injustice, you have chosen the side of the oppressor," he said.

It was not immediately clear on Saturday if authorities were searching for more suspects, or if more arrests were possible. Police did confirm the suspects would be questioned and that the investigation was ongoing. Immediately following the arrests, police secured the building and the meeting was allowed to continue as officers guarded the doors.

"The perpetrators of this cowardly action only bring us closer to our goal: a goal that is guaranteed to contribute to a Netherlands where we take each other into account, regardless of gender, race or ethnic origin, religion, disability," Afriye said.