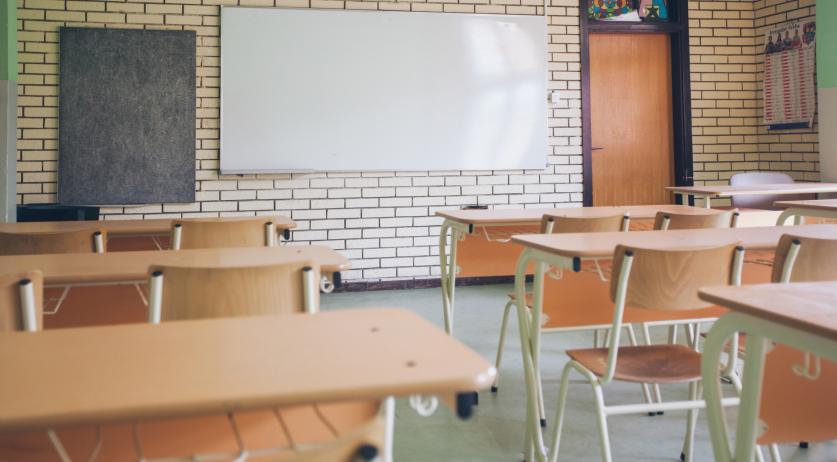 The teacher shortage in the Netherlands claimed its first victim. Primary school 16e Montessori in Amsterdam Zuidoost is closing because it doesn't have enough teachers to guarantee quality education. Parliamentarians are shocked. The PVV and PvdA want to debate this with Minister Arie Slob for Primary and Secondary Education next week, Het Parool reports.

"We can no longer guarantee good education", Hubert de Waard, director of the Sirius Foundaion - the school board that covers the 16 Montessori school - said to the newspaper. "We have not succeeded in forming a complete team for the students." The parents of the schools 111 pupils were informed on Thursday evening.

The primary school in Gaasperdam should have a director, a teacher assistant, a care taker, an internal supervisor, and five teachers. But it has been limping along with two teachers. "We have long tried to solve the problems with part time teachers and freelancers", De Waard said. "Distributing classes is difficult at a small school like this. We have five groups and miss structural teachers. If you have to divide two classes, that means 40 students across three classes."

To protect the students, the board therefore made the painful decision to close the school. The school will officially close on January 1st. But the pupils from groups 6, 7 and 8 will have to find another school by the end of the autumn break, in three weeks. "The teacher shortage is greatest there." In the coming weeks, parents can pass on their top 3 preference schools. The school board will try to keep friends together as much as possible, but cannot make any guarantees.

De Waard hopes that the closure of 16e Montessori will be wake-up call for the government on how dire the teacher shortage is. "This is a cry for help", he said to the newspaper. "We cannot rule out the possibility of this happening more often and are still not taken seriously." He was so hopeful for Budget Day, he said, but it turned into just disappointment. "There was an innovation pot, but not a cent went to education. Let the closure of this school be a signal for the entire Netherlands."

Amsterdam's education alderman Marjolein Moorman called the situation sad "especially for the students, parents and the school team", but supports the board's decision to close the school. "If you see that the quality is substandard and cannot be improved due to the continuing teacher shortage, then the consequence is that you have to close. Acting in the interest of the children, who should receive good education."

The city will support the school to arrange everything as well as possible, Moorman said, focusing first on making sure the kids in the school get good quality education. "That's the most important thing now."

A spokesperson for Minister Arie Slob for Primary Education told Het Paroool that the Minister will be informed of the closure quickly. "The school did not report to us before, so we do not know exactly what the underlying situation is. It is very annoying for the students and their parents."

"Dramatic news" is what PvdA leader Lodewijk Asscher called the closure. "A school has to close in this country because there are no teachers. This is a symptom of what is going on throughout the country. This has major consequences for the students. Go and do something about it", he said. He hopes that the government will "wake up" now. "Although I thought that with the news about the four-day school week and when it was suggested that children could only go to primary school when they were 5 years old. But if that does not happen now, we should wake up the cabinet with teachers, parents, students and political parties by taking action."

PVV MP Harm Beertema told the newspaper that there is a system crisis in education. "A four-day week of lessons, a year later at school, they were all emergency connections. Now a whole school is closing. Do the minister and coalition see the urgency now?"

GroenLinks MP Lisa Westerveld called this a miserable situation for the teachers, parents and students. "I completely agree with the director who writes that education is not taken seriously, because that is exactly what is going on. That is clear from hard figures about the teacher shortage."

SP parliamentarian Peter Kwint also hopes that this "umpteenth news" around the teacher shortage evokes a sense of urgency in the coalition. "Everything in primary education shouts crisis, except The Hague." He spoke of a vicious circle of high workloads and low salaries. "You can only break that by taking rigorous measures. It will not be immediately resolved with more money, but it would be a recognition of the problem."