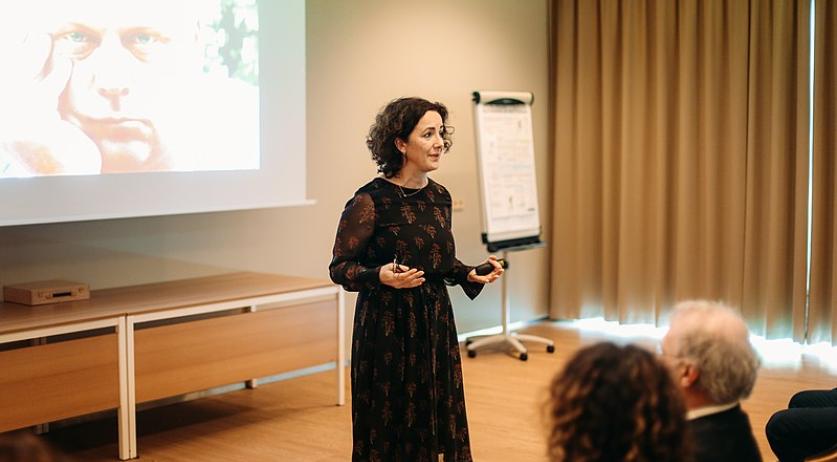 A'dam mayor's son was arrested with deactivated gun that belonged to his father; opposition wants answers

The weapon that Amsterdam mayor Femke Halsema's 15-year-old son was arrested with in July was a deactivated revolver that belonged to his father, Robert Oey, the boy's father and Halsema's partner said in an interview with NRC. The boy found the weapon in a drawer in the mayor's official residence, where Oey left it before going on a business trip to Hong Kong, he said, adding that Halsema did not know the weapon was there. Opposition parties in Amsterdam want an explanation from the mayor.

Oey is a documentary maker and film producer. The deactivated revolver was bought in Germany 20 yeas ago, Oey said to the newspaper. "I've known the weapon for twenty years. We photographed it in 1999 for the logo of our former production company." Since then the weapon was owned by a good friend who lives in Amsterdam. Oey borrowed the gun from him for a film shoot a few weeks before his son's arrest. "The thing was just in the car on the way to the set. After that shoot I drove to the official residence with the revolver. I put the thing in a burlap bag and put it in a cupboard in the living room. In a drawer where I sometimes hide the children's phones when they are being punished."

A few days after he arrived in Hong Kong, he got a call from Halsema to inform him about their son's arrest. "I knew immediately: that is my weapon, my son took it out of that drawer."

The Telegraaf reported on the 15-year-old's arrest in August, writing that he was arrested for armed burglary. Mayor Halsema responded with an open letter to Amsterdam residents, to explain what happened. Her son was arrested after making a mess and causing a commotion on an abandoned houseboat with a friend. In the letter she said that he had a "(forbidden) fake weapon" with him, which he threw away in a panic when he saw the police. Halsema did not say where the weapon came from. The boy was arrested and questioned by the police. The Public Prosecutor in Haarlem is currently investigating the case. The case was transferred to the Public Prosecution Service in Haarlem to avoid any suggestion of favoritism or concealment.

The council factions of the VVD, FvD and PvdO in Amsterdam want Halsema to give full disclosure about the weapon. The Amsterdam leaders of FvD Annabel Nanninga and VVD Marianne Poot placed the matter on the agenda for the general affairs committee meeting next week Thursday, Het Parool reports.

The mayor calling the weapon a "fake weapon" in her letter created the impression of a toy, according to Poot. "Why did the mayor call it a fake weapon? I do not now. I do not want to speculate about it, because I assume the sincerity and honesty of the mayor. But it is now time to give a good explanation to the city council. It is no longer a private matter to us, but a serious matter for which the mayor must answer to the council and the people of Amsterdam." The city councilors also want to know in what way the firearm was disabled, and whether it could easily be activated again.

Through her spokesperson, Halsema told Het Parool that she had no knowledge of the disarmed weapon that her husband left in their home. She also said that there are no other prohibited items in the official residence. "Of course I will answer questions in the city council", the mayor herself said to the newspaper. "The fact remains that something occurred in my private life. I am cautious about that. My house is not a public space. It is a private home where a family lives, for which a rent in line with the market is paid. The fact that this apartment is on the top floor of the official residence does not make the private life of the residents the subject of public and political debate. It is up to the police and the Public Prosecution Service to investigate."

When writing about the teenager's arrest, the Telegraaf also said that there was "great dissatisfaction" within the police and Public Prosecution office, because the arrest had been kept quiet for weeks. Halsema herself, the police and Public Prosecution Service all denied a cover-up. "There is no cover-up. This is a private matter, a fifteen-year-old boy whose data would never have been made public in comparable cases", the mayor said.

Oey also addressed the Telegraaf's report on his son's arrest. He's been aware of the "enormous and constant hatred" his wife faces since her time as a GroenLinks parliamentarian, he said to NRC, referring to full cans of beer being thrown at Halsema's head at an Ajax ceremony as an example. "But I never expected De Telegraaf to throw a 15-year-old under the bus", he said.