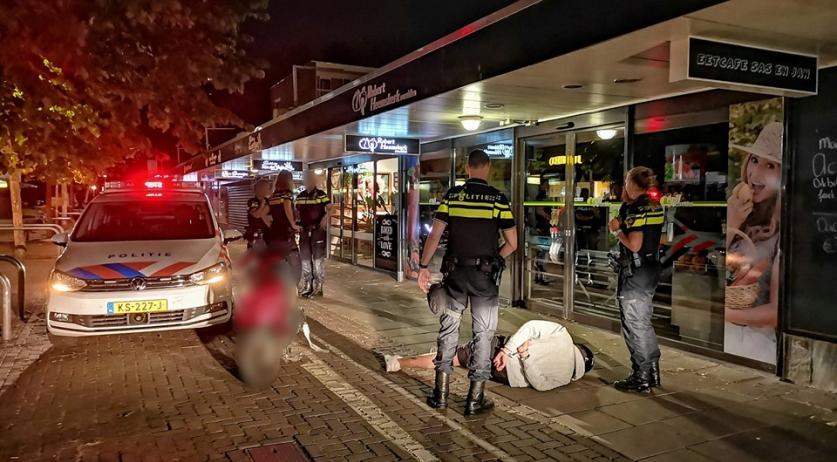 The police arrested a 17-year-old moped rider after a long and dangerous chase through Rotterdam at around 1:00 a.m. on Wednesday morning. When he was finally caught, the teen boy asked the police officer for a rematch. "We have to give it to him, this young man has a sense of humor", the Rotterdam-Oost police said on Facebook.

The police officer noticed the moped driving without lights and at a very high speed along Prins Alexanderlaan. The officer thought the moped might be stolen and ordered the rider to stop. The rider ignored this and sped away. The cop gave chase.

The moped rider pulled out all kinds of stunts to try and evade his pursuer, including a wheelie, going almost horizontally around turns, driving over sidewalks, bike paths and a lawn, and riding on the wrong side of the street. But the cop stayed on his heels. On Madernastraat, the teen lost control of his bike. But he was back on it and speeding away before the officer could arrest him. The teenager was finally brought to a halt and arrested at Samuel Esmeijerplein.

"You can really fucking drive!" the boy said to the officer after he was handcuffed. He added that he was disappointed that his moped wasn't faster and asked the officer for a rematch.

Investigation showed that the moped was not stolen after all. When asked, the boy could not tell the police why he sped away. His license was confiscated and he received "a very diverse number of fines". He also has to go on a compulsory course on responsible driving, which costs 1,180 euros. "Let's hope he will learn something from it", the police said.