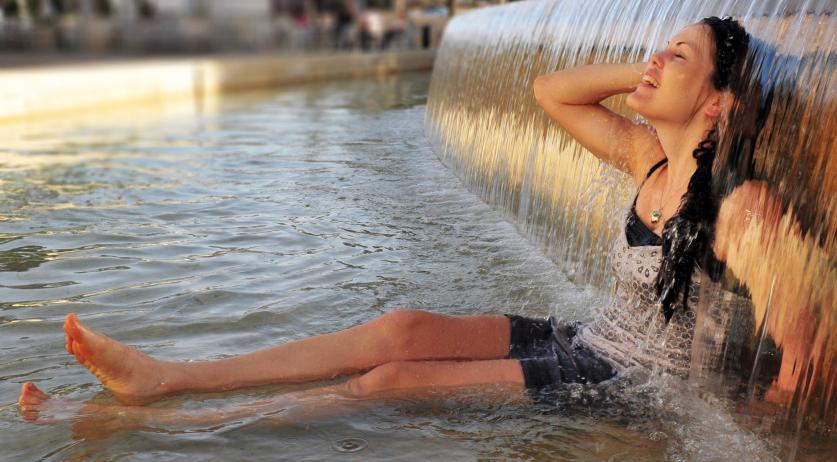 The first weather record of the day has been broken. At 12:10 p.m. it was 36.1 degrees in Gilze Rijen, breaking the record for highest temperature ever measured in the Netherlands on July 24th. The previous record was 35.5 degrees, also measured in Gilze Rijen in 1994, Weeronline reports.

This record will very likely again be broken today, as temperatures are expected to increase to 38 or 39 degrees in the southeast of the country during the course of the afternoon. The official day record in De Bilt - 34.1 degrees in 1994 - will almost certainly fall today, according to the weather service.

The heat is causing some extra work for Schiphol employees on Wednesday. The airport is spraying the taxiways with water to cool them down and prevent the asphalt from distorting. The asphalt can reach 50 degrees in this heat, causing it to melt. If aircrafts turn on the melting asphalt, the surface will deform, ANP reports. Only the taxiways are being kept wet, as planes don't turn on the runways. Schiphol normally uses the spraying wagons in the winter to spray thawing agents on the runways.

Schiphol also warns travelers that the airport terminals may be hotter than usual. The airport is constantly monitoring the temperature and will place extra air conditioners if necessary.