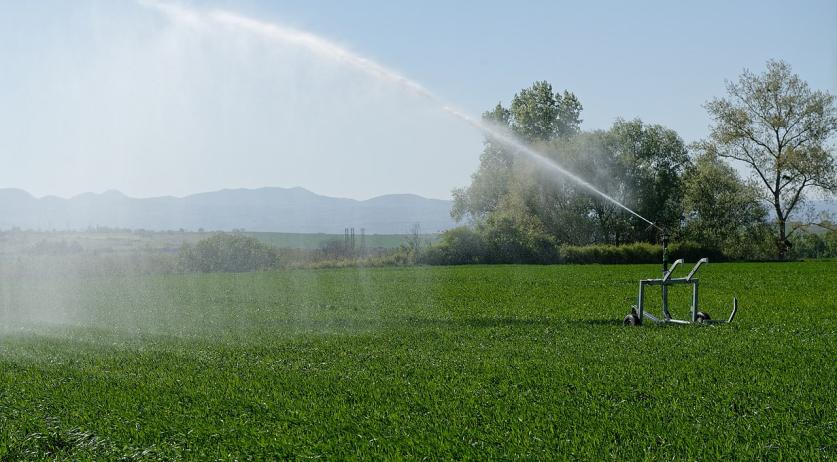 An irrigation ban is in effect in the Achterhoek, Twente and parts of Drenthe from noon on Thursday. From then farmers in these areas are not allowed to use surface water for watering their fields, waterboards Rijn en Ijssel and Vechtstroom announced on Wednesday, NU.nl reports.

The reason for the irrigation ban is the low water levels. According to waterboard Rijn en IJssel, the precipitation deficit in the area is now above 220 millimeters. "That is comparable to the extreme drought of 2018", the waterboard said. "With the current weather forecast, no improvement in the situation can be expected."

The waterboards hope that the irrigation ban will help prevent problems like blue-green algae, botulism and fish mortality, and thereby help maintain the water supply to urban areas as long as possible.

For farmers, the irrigation ban means that they are no longer allowed to water their fields with water from ditches and streams. Tap water can still be used to water the garden, but the waterboards call on residents to be economical with their water use and to collect rain water in rain barrels.

Because the areas in the east of the country are situated on high sandy soils, it is difficult to supply water there, according to the newspaper. This means that these areas are largely dependent on rain for their fresh surface water. Last week a spokesperson for the Union of Waterboards told NU.nl that the drought in the eastern parts of the Netherlands is taking on "problematic forms". The problems are much less serious in the lower-lying areas of the country, because they are also supplied with water via the rivers.

The months-long drought last summer caused many problems in the Netherlands. Many groundwater levels did not recover in the autumn, meaning that this summer started with a deficit.