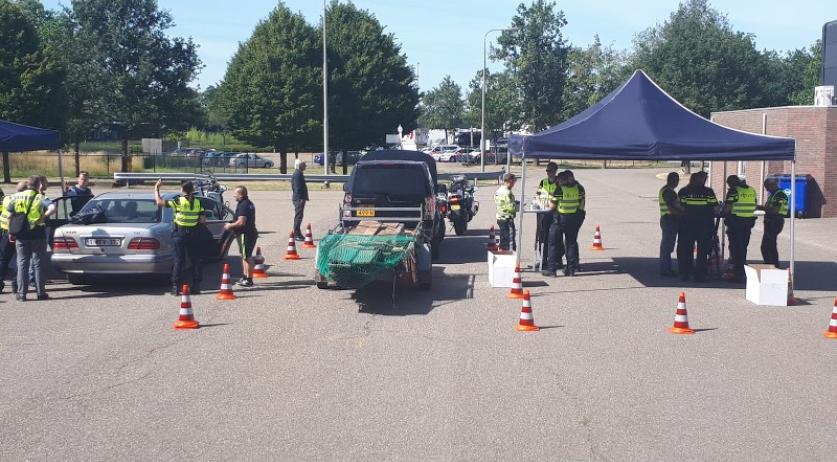 Police in the Dutch province of Limburg cast a wide net to snare as many criminal suspects as possible in a major stop-and-search operation targeting drivers and vehicle passengers on Thursday. Among the 17 people arrested during the day were suspects taken into custody for human trafficking, weapons charges, and drug charges.

One person was found with over 18 thousand euros in cash, and was detained on suspicion of money laundering. “Another driver stood out for carrying a large amount of chemicals used in the preparation and production of hard drugs,” police said.

Police highlighted the use of automated number plate recognition technology to help determine which cars to pull over and inspect. Vehicles were stopped when the system identified a license plate tied to a driver with a warrant or an unpaid fine.

Several policing agencies provided about 350 investigators in Maastricht and Maasbracht at the Belgian border, and Herleen and Venlo along the German border, reported 1Limburg. The joint operation was conducted by national police officers, the Aliens Police, Identification and People Trafficking Department, financial investigators, and the Marechaussee, the branch of the military which handles border policing and security, police said.

“Society is becoming increasingly international, and that also applies to crime,” police said in a statement. “As a result, police services in the border region are coming closer together and, during inspections, there is increasing cooperation between [international and domestic] authorities.”