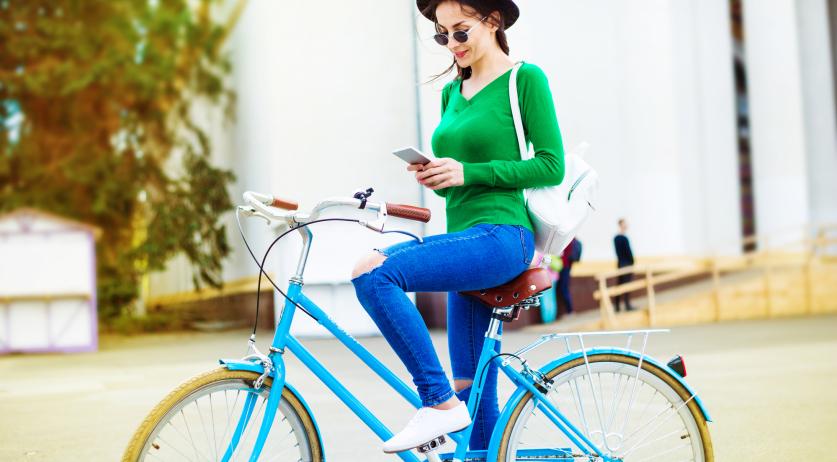 Texting while Biking to be fined 95 euros from Monday

From Monday it is illegal in the Netherlands to use your smartphone while cycling. Those caught texting while biking will face a fine of 95 euros. The goal of this ban is to increase traffic safety by decreasing distractions.

The ban also applies to using mobile devices while operating other types of vehicles, such as cars, scooters, motorcycles, mobility scooters and trams. Drivers caught texting while using a motorized vehicle face a fine of 240 euros.

Distraction cause a large number of accidents on Dutch roads. According to police calculations, people who text while they are driving have a 25 times higher risk of having an accident. Every year dozens of people are killed and hundreds injured in traffic accidents in the Netherlands.

"I think that ten million Dutch people have a smartphone, half of them unfortunately also use it on the road. The ban helps make traffic safer", Egbert-Jan van Hasselt, national infrastructure project manager at the police, said in a statement. "The media are mainly talking about a texting ban for cyclists. But it goes further than that. The ban applies to all drivers of vehicles. Yet that specific attention on cyclists is good. They are a vulnerable group on the road. If cyclists collide with something or someone else crashes into them, it often has serious consequences."

Michael Kulkens has been warning school pupils about the dangers of texting while cycling since his son Tommy Boy was killed in a traffic accident in 2015. Tommy Boy cycled across a road while texting when he was hit by a car. Kulkens is delighted that this texting while biking ban is finally being implemented. "We provide information about the fact that texting on the bicycle is dangerous, but if the law says it is allowed, then you don't get far", he said to Radio EenVandaag.

Kulkens doesn't think that the ban will immediately increase traffic safety. "But you have to achieve that by enforcement, and repeat, repeat, repeat. People need to know that this prohibition applies. Raising awareness every day, that's what it is all about."

Rob Stomphorst of traffic safety association VVN told the radio station that he hopes the ban increases people's awareness about the dangers of texting while cycling, but he too thinks it will take time. "People still drive through red lights after all, or do not indicate a direction."

When this ban was first announced in 2016, cyclists' union Fietserbond immediately criticized it. The union raised doubts about whether the police will be able to enforce the ban on texting while cycling. "Each day, five to seven million Dutch take the bike on the road. Keeping an eye on all of them is impossible. Experience shows that legislation is meaningless with rules that can't be enforced." Saskia Kluit of Fietsersbond said to newspaper AD at the time.