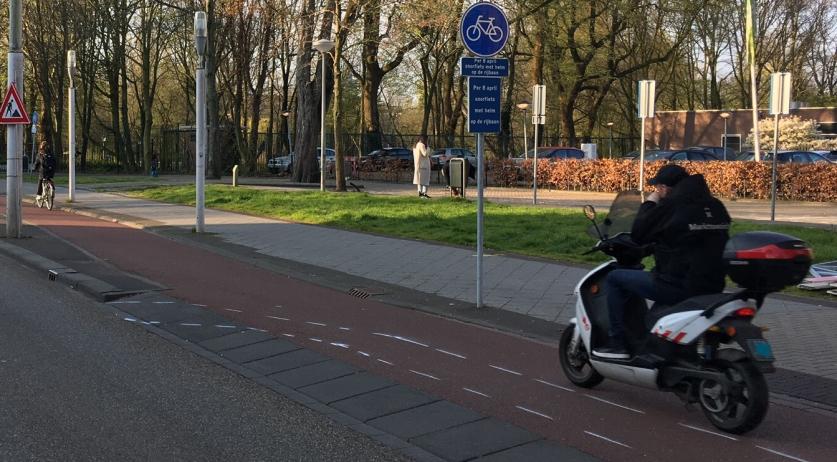 Amsterdam will start fining scooter- and moped riders caught driving on the city's bike paths on Monday. The city banned scooters and mopeds from the bicycle paths in April, but postponed imposing fines for two months to give everyone time to get used to the new rules, RTL Nieuws reports.

People caught riding a scooter or moped on an Amsterdam bike path will now face a fine of 95 euros, plus 9 euros for administration costs. This month the city will deploy 12 extra enforcement officers to make sure everyone keeps to the new rules.

Amsterdam banned scooters and mopeds from the bike paths in an attempt to increase safety for cyclists. Three scooter riders took the city to court, arguing that their safety is at stake because of the speed differences between cars and mopeds and scooters. The court ruled against them last week, according to the broadcaster.