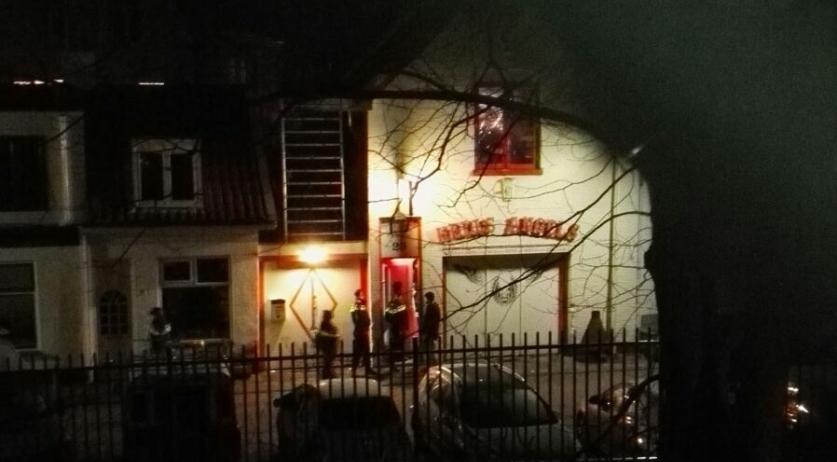 An investigation into the Haarlem chapter of the Hells Angels led to raids at 24 locations across the Netherlands. Police said they seized firearms and other weapons, drugs, an ecstasy laboratory, vehicles, and €40,000. January 26, 2017 - Source: Photo: Politie at
Crime
Hells Angels
court
ban
public prosecutor
outlaw motorcycle gang
criminal organization
armed struggle
Share this:

The Central Netherlands court in Utrecht issued a ban of the outlaw motorcycle gang Hells Angels in the Netherlands. That makes the Netherlands the first country in the world to completely ban the Hells Angels, according to broadcaster NOS. Other countries, including Germany, banned local chapters, but not the entire club.

The motorcycle gang must cease all its activities in the country. The court agreed with the Public Prosecutor's argument that there is a culture of violence within the club and that it endangers society and the rule of law. "The worldwide Hells Angels organisation has also been banned from undertaking activities in the Netherlands," the court said in a statement.

A spokesperson for the court called the Hells Angels a "global organization where violence is very systemic and very common," giving the court reason to suspect it of organized illegal activity. "This is not about violence from one or two members of that association, but about violence that is really within the organization itself." That argument is why the court said the ban does not go against the fundamental right to freely assemble or organize, he added.

Previously the Prosecutor described the Hells Angels as a criminal organizations whose members consider themselves to be above the law. The court agreed, and cited "a series of serious incidents, such as a life-threatening fire in a cafe in Kerkrade and a massive fight and shooting in a hotel in Rotterdam."

"Hells Angels present themselves as the largest and most powerful motorcycle club. They think other clubs should listen to them, resulting in long-lasting conflicts," the court said of the 40-year-old outfit. According to the Public Prosecutor, the outlaw motorcycle gang is conducting an armed struggle with other motorcycle clubs. Some of these other clubs, including Satudarah and Bandidos, have already been banned in the Netherlands by Dutch courts. The Satudarah ban was reversed on appeal in part.

The Prosecutor previously also tried to ban the Hells Angels, but in 2009 the Supreme Court ruled that the club can not be banned because the Prosecutor's evidence was insufficient to prove that the club is a criminal organization.