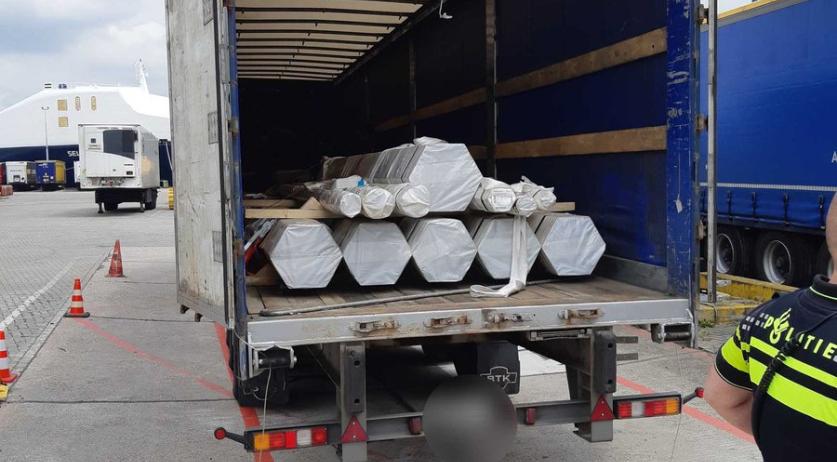 Police in the Netherlands found 14 foreign people hidden inside the cargo hold of a truck on Saturday. The people found were mostly adult men, and at least one boy, from the Palestinian territories, Syria and Yemen.

Ten of the people taken from the truck were found in a different truck at the same location on May 11, police said. They were given a two-year ban on entering Europe when they were sent out of the Netherlands.

The driver of the truck, a 53-year-old from Romania, was placed under arrest, police said. All 14 asylum seekers hidden in the truck were ordered out of the Netherlands and the European Union.

They were found “on the site of a shipping company on Vulcaanweg in Vlaardingen,” police said without specifying. Logistical companies near there include the DFDS ferry company’s Rotterdam Terminal and the Vopak Terminal Vlaardingen, as well as the Rotterdam Bulk Terminal.