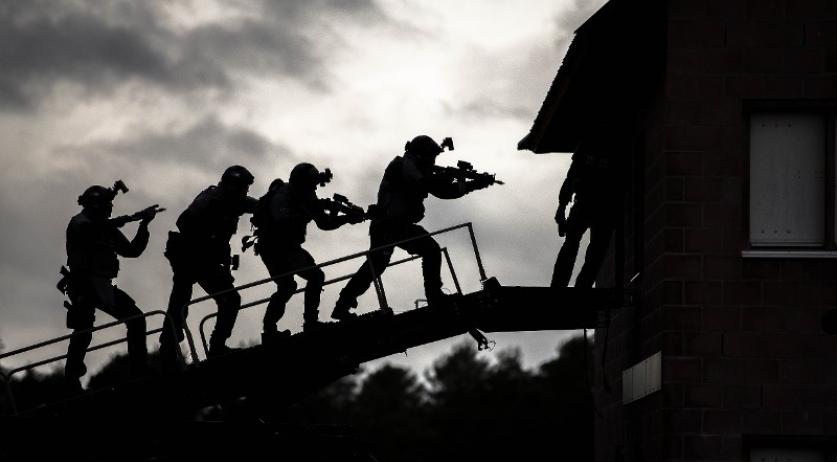 A 47-year-old man from Syria was arrested in Kapelle in Zeeland on Tuesday on suspicion of committing war crimes and terrorist crimes in Syria. The man is suspected of being a commander of a battalion in terrorist organization Jabhat al-Nusra, the police said in a statement.

According to the police, the suspect fought under the name of Abu Khuder an led a battalion that came to be known as Ghuraba’a Mohassan, or Strangers of Mohassan in English. The Dutch authorities launched an investigation into the man after the German police informed them of witness statements made against the man, the police said.

The man's home was searched and the police seized documents, a computer, and a smartphone. At the same time the German police raided six homes of other suspected members of Ghuraba’a Mohassan, as part of a separate but coordinated investigation. The Dutch police also raided a home in Ede, because the resident allegedly had contact with the 47-year-old Syrian.

According to the police, the suspect sought asylum in the Netherlands in 2014 and got a temporary residency permit. He is now in custody for questioning and will be arraigned on Friday.