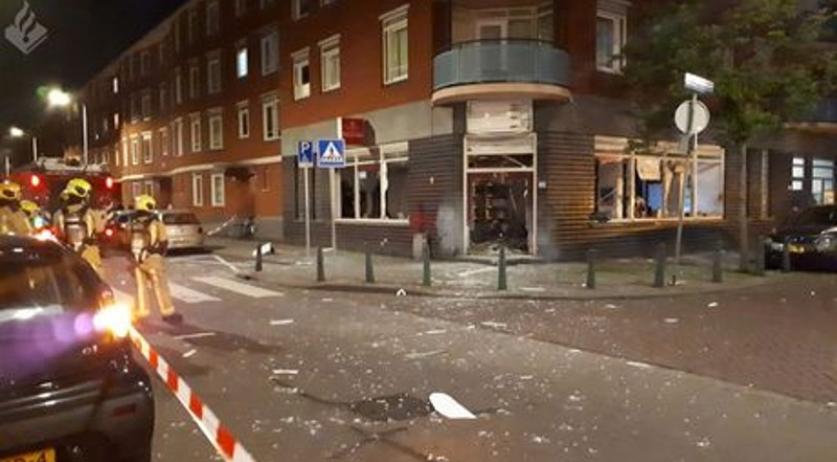 The building on Hoefkade in The Hague hit by an explosion on Thursday morning, belongs to the father of Hague criminal Reda N. He owns the travel agency in the building and rents space to a hair salon, the man himself confirmed to Omroep West.

The explosion happened at around 1:30 a.m. It caused significant damage to the building - shattering windows and knocking the front door out - as well as to surrounding homes and cars parked in the area. No one was hurt.

The owner has no idea why his building was targeted. "Maybe they went to the wrong place. I don't have quarrels with people."

His son Reda N., on the other hand, does have some enemies. He is currently serving a 12 year long prison sentence for two violent robberies in 2012, including on multimillionaire Wim Zegvaard. He is scheduled to appear in court on Thursday, according to the broadcaster. The Public Prosecutor wants him to pay 600 thousand euros to pay back the money he earned with stolen jewelry, watches and money from the robberies he was convicted of. The court must rule whether this is a justified amount.

Whether the timing of the explosion at N.'s father's business is just a coincidence, is not yet clear.

The police are looking for a suspicious man who was seen running away from the scene shortly after the blast. He was dressed entirely in black and carried a yellow bag. "Witnesses saw someone run away after the explosion", a spokesperson for the police said to Omroep West. "That person disappeared in the direction of Van Limburg Stirumstraat."

The spokesperson would not confirm whether the affected building is indeed owned by Reda N.'s father. "Even if I knew, I don't know if I can say anything about it", he said to the broadcaster.

The investigation into the explosion is in full swing.