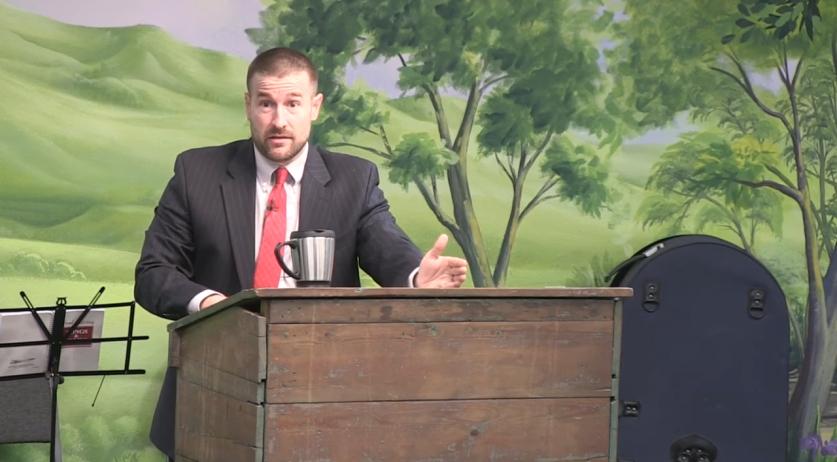 American preacher Steven Anderson will not be allowed into the Netherlands and the rest of the Schengen area, State Secretary Mark Harbers of Justice and Security said on Wednesday in response to parliamentary questions. According to Harbers, the government is "taking strong action against extremist speakers who, by spreading their beliefs, restrict the freedoms of others or even incite hatred or violence", NOS reports.

Harbers said that he has taken measures to prevent Anderson's entry into the Schengen zone. He would not say which measures, because he never shares information about "individual cases".

Anderson planned to do some "soul winning" and give a sermon in Amsterdam on May 23rd. The Baptist preacher is known for extremely hateful statements about LGTBQ people, among other things. He once said that LGBT stands for 'Let God Burn Them'. And after a mass shooting at a gay bar in Orlando in 2016, in which 50 people were killed, Anderson posted a YouTube video in which he called it "good news that there are 50 fewer pedophiles". He is also vehemently anti-abortion, wanted President Barack Obama dead, and is known to question the evidence of the Holocaust, according to NOS.

The Amsterdam municipality and various social groups called on the government to ban his visit.

"Today love has won over hatred", D66 parliamentarian Vera Bergkamp said on Twitter after Harbers' announcement. According to her, the Netherlands could do nothing else but refuse this "hate preacher". VVD MP Malik Azmani is also pleased: "As far as the VVD is concerned, there is no room for hate speech in our country."