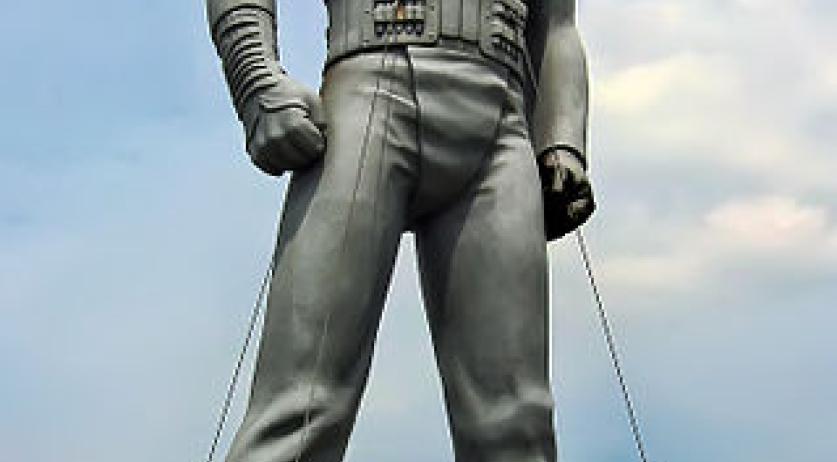 A 10 meter high statue of Michael Jackson was removed from the McDonald's restaurant in Best. The removal is a reaction to the documentary Leaving Neverland, in which two men accuse the American singer of abusing them when they were children, Omroep Brabant reports.

"We think it is important that all guests feel comfortable when visiting our restaurants. The statue of Michael Jackson could evoke unpleasant feelings among our guests", the restaurant said to the broadcaster.

The statue has been standing in front of the McDonald's in the Noord-Brabant town since 1996.

The franchisee understands why the statue had to be removed, according to the broadcaster. He donated the statue to the Dutch Michael Jackson fan club. A new location for it is being sought.

@MJBackstage @MJacksonHD @JacksonSource @jacksons The Mcdonalds restaurant in the Dutch city Best is thinking about removing the @michaeljackson statue because of that documentary but fortunately it was still there last friday. #MJFam pic.twitter.com/yM0zlHg1QA