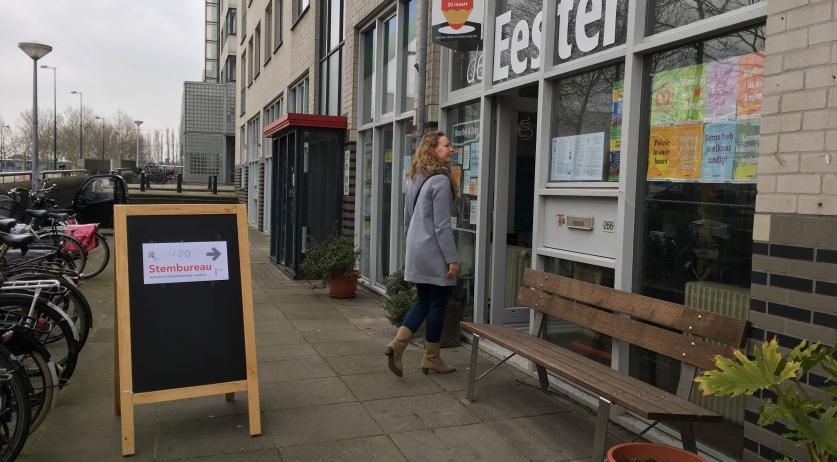 Voters couldn't vote at multiple polling stations in Amsterdam Zuid on Wednesday morning, because the municipality forgot to deliver the register for invalid voting passes for the waterboards, AT5 reports. Several Amsterdam residents told the broadcaster that they also could not vote for the Provincial States. Each polling station must have a register for voting passes that were declared invalid in order to prevent anyone from voting twice. A voting pass is declared invalid, for example, when a voter made a mistake and requested a new one.

At around 8:45 a.m., an hour and 15 minutes after the polling stations opened, a spokesperson for the Amsterdam municipality told NOS that the register for invalid voting passes have been delivered to the affected polling stations and that they are now open for business.

A number of voters of Rotterdam's Middelland district did not receive their voting pass on Tuesday, RTV Rijnmond reports "I don't care what you vote for, but you have the right to vote. That's being taken away from me", one residents said to the local broadcaster.

Hestia Reukema, director of services of the municipality of Rotterdam, told RTV Rijnmond that one mailman still had a bag of voting passes with him. As many of these passes as possible were delivered before the deadline of noon on Tuesday, but not all of them. Reukema could not say how many people won't be able to vote today due to the delivery error. According to her, it involves a few individual cases, not an entire street.

The only polling station in the Overijssel town of Eesveen does not have a wheelchair-friendly entrance - the door of the building is too narrow and renovation to change that turned out to be too radical, according to NOS. "The only solution was actually to drop the building as a polling station, but then we would have a polling station less in our municipality", mayor Rob Bats of Steenwijkerland, which covers Eesveen, said to the broadcaster. "Then I said: Let's not make it too complicated. I'll go there on an electric cargo bike, those who show up [in a wheelchair] I'll pick up and take to the nearest polling station in Kallenkoten."

Bats stationed himself at the polling station from 9:30 a.m. to wait for people with a disability who need a lift to another polling station. The municipality jokingly renamed the cargo bike the 'Batsfiets'. He practiced driving the cargo bike on Tuesday, and is "absolutely" sure that it is safe enough.