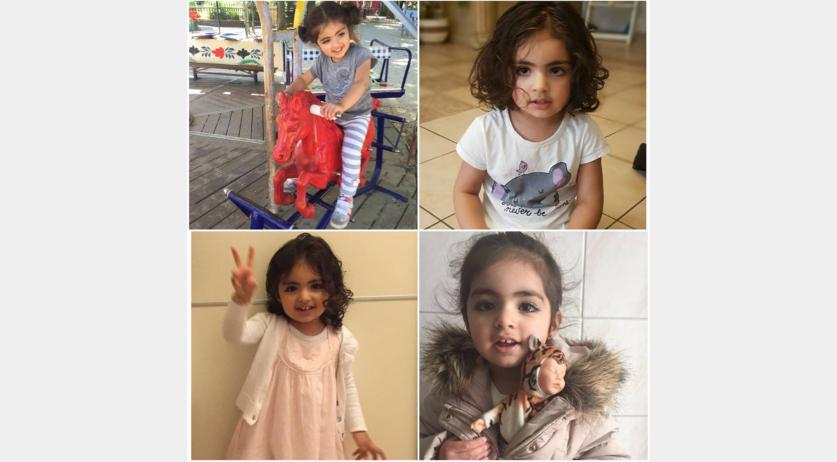 The court in Noord-Holland awarded sole custody of abducted Amsterdam girl Insiya Hemani to her mother Nadia Rashid. The court revoked father Shehzad Hemani's custody in a civil lawsuit filed by the Child Care and Protection Board last month, according to the recently published ruling, NOS reports.

Investigation by the Child Care and Protection Board showed that the now 5-year-old girl is growing up in prosperity with her father in India, but that there are concerns about her "emotional development". Shehzad Hemani is making contact between Insiya and her mother and other maternal family virtually impossible. He's also not informing Insiya's mother about her daughter's wellbeing and development.

The court agreed with this assessment. Insiya's development is threatened and that situation has been going on for far too long, the court ruled. The judge therefore awarded sole custody to Nadia Rashid.

Insiya was violently abducted from her grandmother's apartment in Amsterdam in September 2016. She was 2 years old at the time. The Dutch authorities quickly concluded that her father was behind the kidnapping, but the girl had already been spirited away to Mumbai. She's been living there with her father ever since.

A criminal case is ongoing in the Netherlands against Hemani and seven other suspects for Insiya's abduction. The abduction turned out the be a thoroughly prepared operation, referred to as 'Operation Barney' by those involved. The abductors worked from a "military plan" drawn up by suspect Willem V., who served in the navy for 10 years.

In October Willem V., told the court that he regrets being part of the abduction. V. realized he made a big mistake when he saw that an Amber Alert had been issued for the girl.  "Oh my god, what have I done", V. expressed his thoughts at the time. "The father told me that there would be a trespassing charge at most." V. turned himself in to the police and was arrested a day after the abduction.

Multiple attempts to get Insiya back to the Netherlands through legal channels have all failed. A court in India previously ruled that Insiya must be returned to her mother, but Shehzad Hemani challenged that ruling and Insiya is still in India. What effect this latest ruling by the Noord-Holland court will have, is unclear.