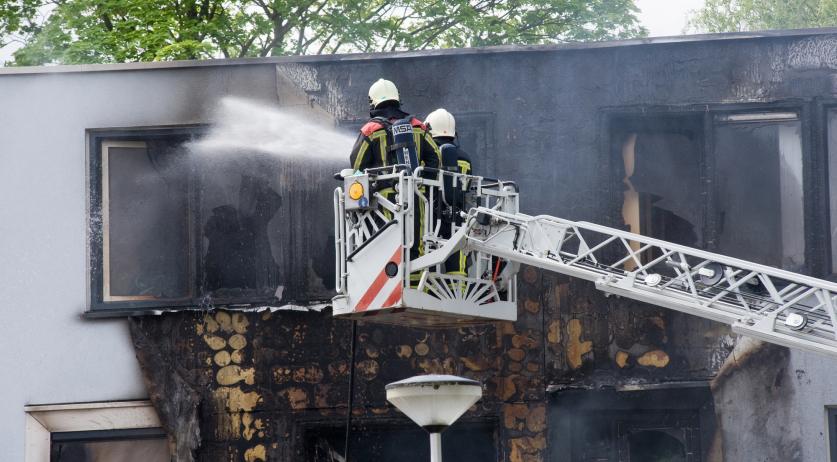 Two people may be missing after a large fire in a building in Hillegom where squatters live on Thursday morning. It is unclear whether the two persons are inside the burning building, or elsewhere, according to the fire department, NU.nl reports.

Surrounding homes were evacuated. A total of three buildings on Stationsweg are on fire, a spokesperson for the Hollands Midden fire brigade said to the newspaper ."The flames came from the first floor and the attic. The roof collapsed completely." The fire is now under control.

Most residents managed to get out of the building safely, but the whereabouts of two are unknown. "One person has not been spotted at all, so the question is whether they were inside", the firefighter said to NU.nl. "The other person has been seen, but it is unclear whether they went back in."

Six people are registered living at the address, but the firefighters saw more people coming out of the building, according to the newspaper.