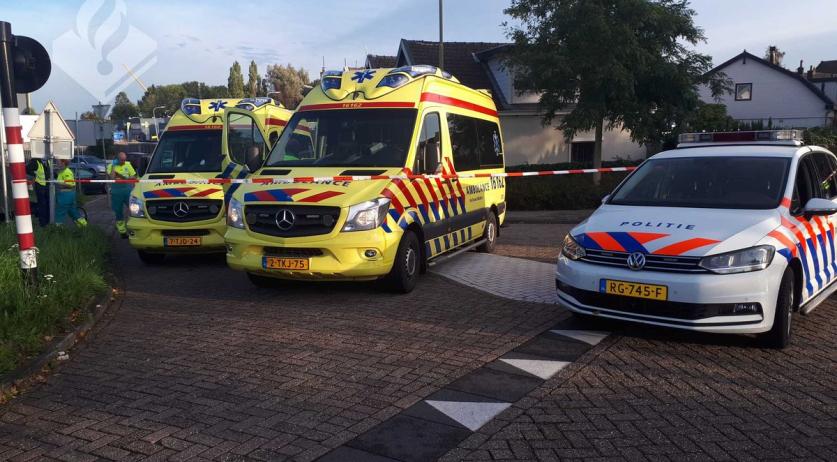 Police and ambulances at the scene of a collision between a truck and a cargo bike on Stationsweg in Bodegraven, 12 Oct 2018 - Source: Photo: @PolGouda / Twitter at
Crime
Bodegraven
Stationsweg
railway crossing
accident
truck
cargo bike
police
ambulance
trauma helicopter
Share this:

Mother, child hurt in collision between cargo bike and truck

A mother and a child were injured in an accident involving a cargo bike and a truck at a railway crossing in Bodegraven on Friday morning. They were taken to hospital, the police said on Twitter.

A trauma helicopter and multiple ambulances were deployed to the scene around 8:30 a.m. Exactly what happened is not yet clear. The railway crossing on Stationsweg is closed for investigation.

The police did not say what type of cargo bicycle was involved in this accident. The reason for the large emergency response may be explained by another accident involving a cargo bicycle at a railway crossing in Oss last month. A childminder was taking five children to primary school on a Stint electric cargo bike when they were hit by a train at a rail crossing on Braakstraat. Four of the children were killed, the fifth child and childminder were seriously hurt.