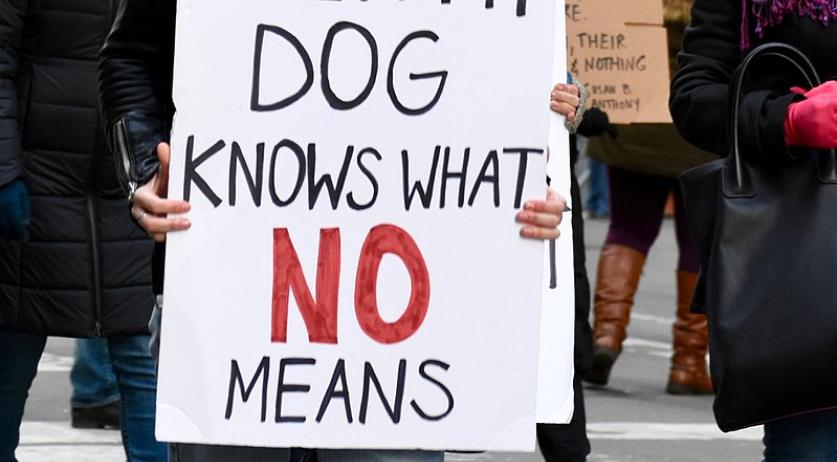 Hundreds of people participated in a silent march through Rotterdam on Tuesday. The march was a protest against sexual harassment and violence, and to show support for a young woman who was brutally raped in the city. They carried signs with texts like "No means no", "We are not objects", "Our rights are not up for grabs, neither are we", and "Private property, consent mandatory".

The protesters marched from Rotterdam Centraal to the district of De Esch, taking about the same route as the Indonesian exchange student cycled before being raped and assaulted in front of her home on Herman Bavinckstraat early on July 21st. The young woman was injured to such an extent that she needed surgery.

"This is a nightmare, I also have two daughters", one participant said to NOS. A local resident added: "I joined out of compassion for the girl."

The march was in protest against sexual abuse in general, one of the initiators said to the broadcaster. From harassment on the street to rape and assault. The organizers received thousands of reactions and statements of support, they said.

An 18-year-old man from Rotterdam was arrested last week as a suspect in this case. He was tracked down based on surveillance camera footage, and his DNA was later matched with traces found on the victim.

Two local residents collected over 500 cards and messages for the victim.