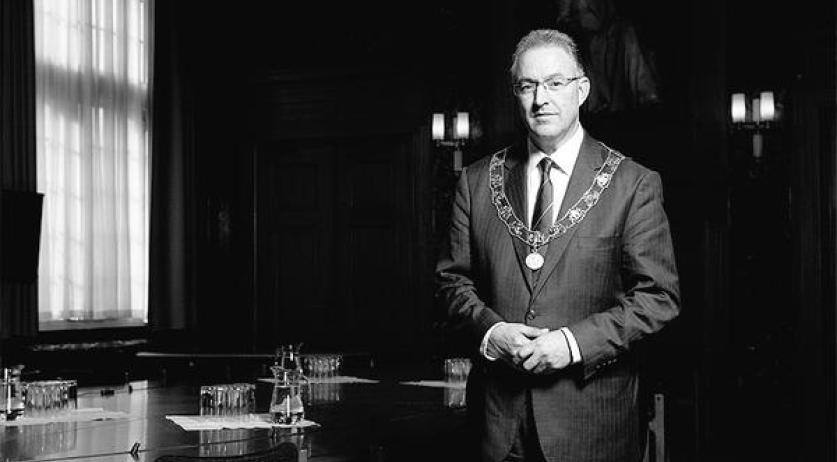 "Other municipalities in the Netherlands did not allow Pegida to roast pigs in front of mosques at the fast-breaking time", Celik tweeted. "However, Ahmet Abutalib, Mayor of Rotterdam, who is of Moroccan origin, thinks that this activity of Pegida is not against the law. Such a gross tragedy!"

The mayors of The Hague, Utrecht, Gouda and Arnhem, among others, decided to stop the demonstration at the mosques, but did give Pegida the option to protest elsewhere in the cities, according to NOS. In Utrecht Pegida went to court to overturn this decision, but the court ruled in favor of the municipality.

"Mr. Abutalib, from a Muslim family, says that organizing a demonstration is a fundamental legal right. Since when has disrespect to mosques become a legal right? Any disrespect to mosques, churches and synagogues is a hate crime", Celik wrote. He said that Turkish and Muslim organizations in Rotterdam will lay flowers around the mosque while Pegida holds their barbeque to "erect a wall of love with flowers against the odor of hate". "This is a true lesson of humanity."

According to NOS, Aboutaleb has often been the target of criticism from Turkey since he refused to give a Turkish Minister permission to campaign for a referendum that gave Turkish president Recep Tayyip Erdogan more power at the Turkish consulate in Rotterdam. The Turkish Minister was eventually escorted out of the Netherlands, resulting in riots in Rotterdam and a diplomatic fallout between the Netherlands and Turkey. Shortly after this incident, Aboutaleb was accused of having ties with the Gulen movement. The Turkish government believes that cleric Fethullah Gulen was behind an attempted coup in the country in 2016.