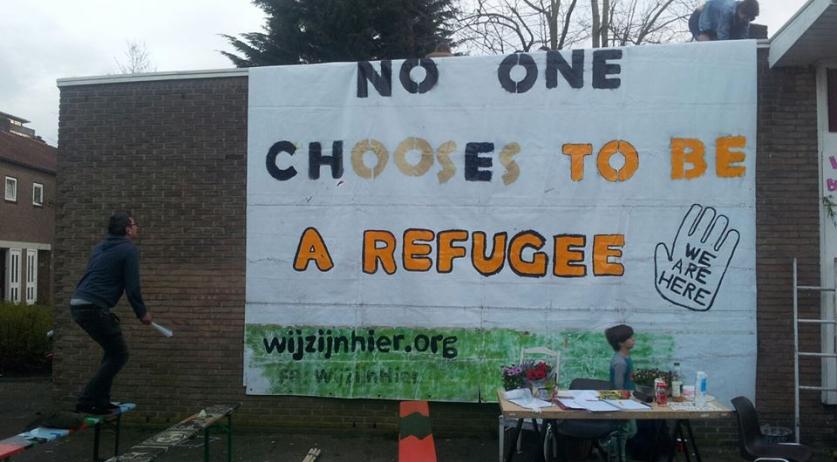 We Are Here, a group of failed asylum seekers in Amsterdam that squatted a number of buildings in Oost, wants a court to decide whether they will be evicted. The case will appear in court on April 26th, interim mayor Jozias van Aartsen said in a debate with the city council, NU.nl reports.

This summary proceedings only involves squatted homes on Rudolf Dieselstraat, which We Are Here took over during Easter Weekend. Now around 60 people are squatting in around 22 vacant homes. On Sunday the Public Prosecutor decided that the squatters must vacate the homes within eight weeks.

According to Van Aartsen, Ymere - the housing corporation the homes belong to - only filed a declaration with the police five days after We Are Here squatted in the homes on Rudolf Dieselstraat, and was willing to make an agreement with the persons in the first squatted homes. He added that the homes had been vacant for a long time when the squatters moved in.

The mayor said that there were a few "nasty incidents" when the squatters moved in. There were two misunderstandings in which squatters tried to move into occupied buildings, including "the famous case where a woman was in the shower".

The interim mayor also said that it is now time for the government to come up with a solution for this group of asylum seekers who have exhausted all legal remedies.