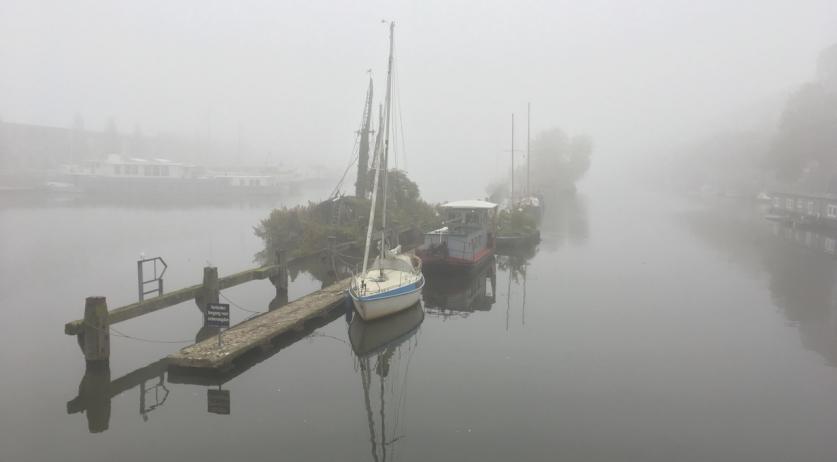 Thick fog is expected to cause problems during morning rush hour in almost all of the Netherlands on Monday morning. Meteorological institute KNMI issued a code yellow warning. According to Weerplaza, visibility is reduced to 50 meters in some places.

The code yellow warning is in effect for the entire country, except the Wadden islands. "Dangerous driving conditions due to poor visibility. Adjust speed and keep a sufficient following distance", the KNMI warns. "Fog can be treacherous through sudden appearance. Follow weather reports and warnings." The fog should dissipate by mid morning.

Weerplaza reports visibility below 200 meters in most places. Around 6:00 a.m. the fog was poorest in Zeeland and Noord-Brabant, with visibility reduced to between 50 and 100 meters in some places.

There is also fog at Schiphol airport on Monday morning, but not very thick fog, according to Weeronline. By 7:00 a.m. the airport had not reported any problems.

The rest of the day will be cloudy with a chance of showers, according to the KNMI. Maximum temperatures will climb to around 10 degrees, with a weak to moderate wind blowing from the west.