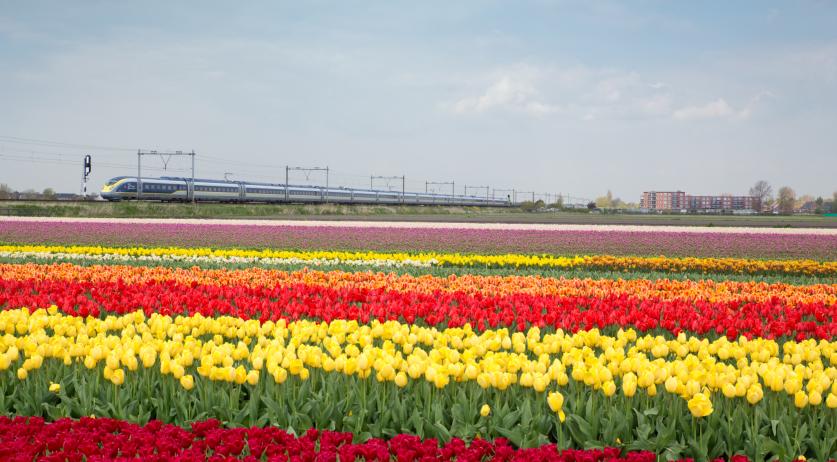 The first high-speed Eurostar train carrying passengers will travel from London to Amsterdam Central Station on Tuesday. These passengers involve people specially invited to herald the official start of the high speed train between London, Amsterdam and Rotterdam on April 4th, the Telegraaf reports.

From April, two high speed trains will run between London, Brussels, Rotterdam and Amsterdam every day. Each train can carry 900 passengers and run at speeds of above 300 kilometers per hour. Tickets can be booked from Tuesday, at prices starting from 40 euros per single ticket.

Eurostar hopes to quickly expand to more trains per day, CEO Nicolas Petrovic said to the Telegraaf. "If the demand is big enough, the goal is to run five times a day between Amsterdam and London."

The journey from London to Amsterdam will take 3 hours and 41 minutes, and to Rotterdam will be 40 minutes shorter. The return journey will be somewhat longer, because in the in the initial period passengers traveling from the Netherlands to London will have to connect through Brussels, where passport controls and screenings will be done. This is a temporary measure while the governments of the Netherlands and UK are working on an agreement which will allow passport controls to be done in the Netherlands. Eurostar expects this will be completed by late 2019.