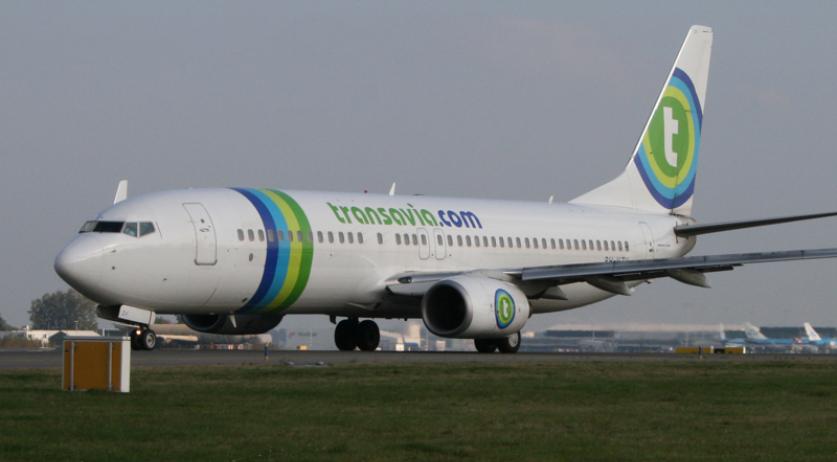 A Transavia flight from Dubai to Amsterdam was forced to make an unplanned landing in Vienna over the weekend, after a fight broke out on the plane over a passenger's flatulence. Four Dutch, two men and two women, were removed from the plane in Vienna. The two women plan to take the KLM subsidiary to court, the Telegraaf reports.

The two Dutch men objected to another passenger's flatulence and the situation deteriorated into a fight with the Transavia cabin crew, according to the newspaper. The captain issued a warning for the two, because of noisy and aggressive behavior "including threats". They continued to provoke the cabin crew and refused to listen, so the pilots made an unscheduled stop in Vienna, the airline said to the newspaper. The two men, as well as two women sitting in the same row, were removed from the plane.

The women, sisters returning from a vacation in Dubai, are pressing charges against the airline. They believe they were unjustly removed from the plane, possibly because they and the two men share a Moroccan appearance, 25-year-old Nora Lachhab said to the newspaper. "A shocking, frightening and humiliating experience. We have hired a lawyer."

"The strange thing is that we also had to leave the aircraft. While we did not know these guys at all. We happened to be in the same row, but did not do anything to justify the bizarre behavior of the Transavia crew", Lachhab, the younger of the two sisters and a law student in Rotterdam, said to the Telegraaf. "Do they think that all Moroccans cause problems? That's why we won't leave it at that." She emphatically denies that she and her sister were aggressive. "We had nothing to do with the whole disturbance. We also distance ourselves from it. The blunt attitude of the Transavia flight attendants was wrong from the start of the flight. They sought the confrontation themselves."

A spokesperson for Transavia told the Telegraaf that the two women were also guilty of misbehavior and verbal abuse. "Our crew must ensure a safe flight. If passengers pose a risk, they immediately intervene. Our people are trained for that. They know very well where the boundaries are. Transavia therefore stands squarely behind the cabin crew and the pilots."

The airline filed a police report about the incident in the Netherlands. "But we are open to a conversation with these women", the spokesperson added. "Such an escalation often has two sides to the story. We would like to hear their experience. But according to our crew, there was a good reason to get all four of them offboard."