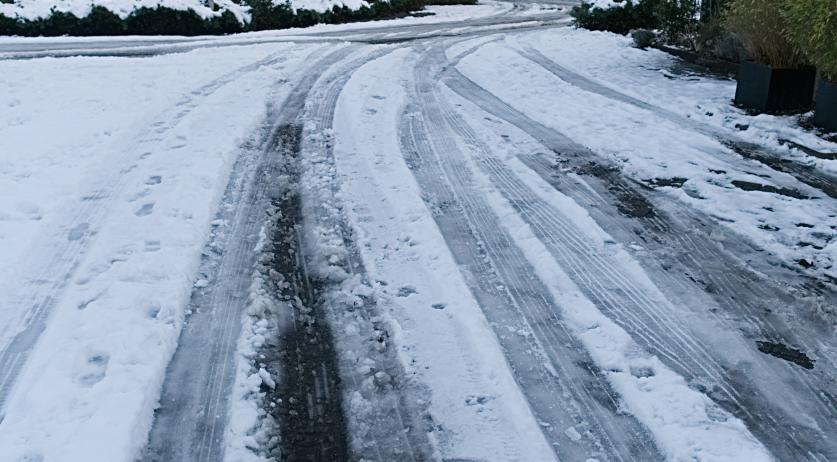 Snowfall resulted in icy, slippery roads in the north and east of the Netherlands on Thursday morning. Meteorological institute KNMI issued a code yellow warning for the provinces of Friesland, Groningen, Drenthe, and Overijssel. Other weather services warn motorists in Flevoland and Gelderland to also be careful of slippery roads.

The iciness on the roads will melt away during the course of the morning.

The Veluwe got the most snow so far - a layer of between 3 and 5 centimeters thick, according to Weeronline. The weather service expects that from the west the snow will increasingly turn into rain in the coming hours, melting the snow cover away. The eastern parts of Groningen, Drenthe and Overijssel will still see some snow in the coming hours.

Slippery roads are causing many traffic problems during morning rush hour. By 8:00 a.m. ANWB reported over a hundred traffic jams with a total length of more than 450 kilometers.

A few showers will fall across the country during the afternoon, after which the clouds will clear up from the west, according to the KNMI. Afternoon temperatures will range from 4 degrees Celsius in the northeast to 9 degrees in the south.

Nighttime temperatures will drop to freezing inland, and 3 degrees along the coast. Icy roads may again be a problem in some parts of the country during Friday morning rush hour.