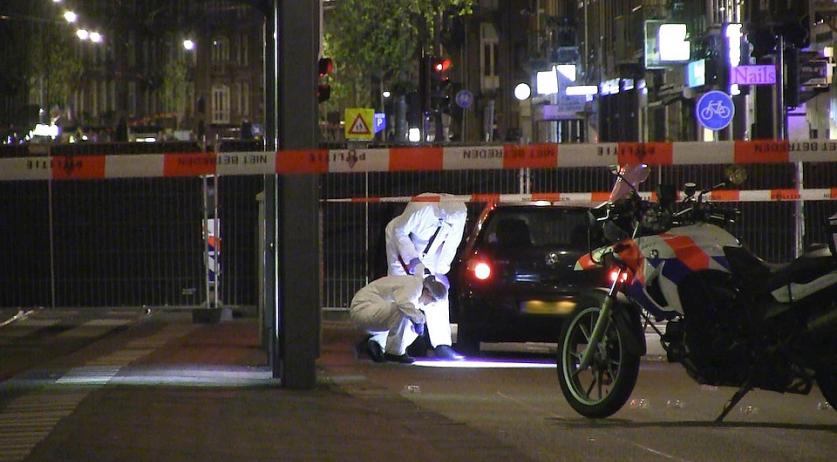 The police arrested a 33-year-old man from Suriname for involvement in the murder of 25-year-old Youssef El Kahtaoui on De Clercqstraat in Amsterdam in May 2015. Traces of DNA found at the scene of the crime led to the arrest, the Public Prosecutor announced on Wednesday.

The suspect was arrested on January 19th, but the arrest was only announced today because he was in restricted custody. AT5 and Het Parool identify the suspect as Quincy S.

El Kahtaoui was caught in the middle of a wild-west like shooting in front of a sisha lounge on De Clercqstraat on May 13th, 2015. He was not the target of the shooting. He and a friend stopped on the street to get takeout, and El Kahtaoui was hit as he got out of the car. He died at the scene. Around 20 shots were fired in the shooting. Stray bullets also hit a passing tram, a supermarket and two bank buildings. No other bystanders were injured.

One gunman was injured during the shoot out - he was hit by a bullet fired from within the sihsa lounge. The bullet passed straight through him and got stuck in the lounge's door. Forensic investigators managed to get trace DNA from the bullet, and matched it to Quinsy S.

S.'s DNA is in the police system because he is also a suspect in another case. He was already in custody when being arrested in January. S. and four others are suspected of preparing for an assassination in Almere. S. was arrested in June last year, when the police caught him and another suspect driving in a stolen BMW with fake license plates. Despite the hot weather, they were wearing double layers of clothing, winter hats and gloves. The police also found encrypted cellphones and a firearm in the car.