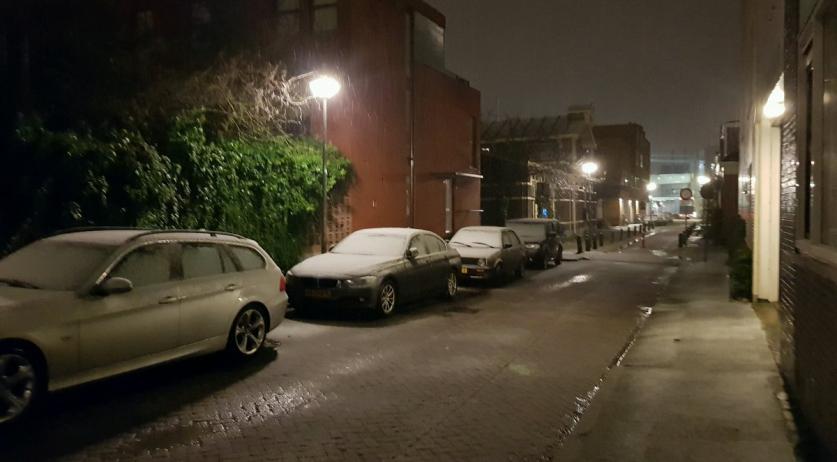 Weather conditions in the Netherlands today range from snow in Groningen to temperatures as high as 10 degrees in the south of the country, according to meteorological institute KNMI.

With a western storm approaching, a code orange warning for strong winds is in effect for all provinces except for the northern ones, where a code yellow is in effect. The winds will peak between 9:00 a.m. and 2:00 p.m. with gusts reaching between 100 and 120 kilometers per hour, and up to 130 kilometers per hour along the coast.

In Groningen a code yellow warning is also in effect for icy roads, due to overnight snowfall. The province of Groningen deployed salt gritters to fight slickness on the roads.

Temperatures in Zeeland will cool to 6 degrees around midday, but stay around 9 degrees in Maastricht and Utrecht. Temperatures in Amsterdam and along the German border will be somewhat colder. In Groningen it will rise no higher than 4 degrees.

Freezing weather will hit Friesland, Groningen and parts of Drenthe overnight. The east and south could see more snow, while thunderstorms and freezing rain are possible in Noord-Holland and Utrecht. The wind is expected slow overnight into Friday.

Friday will see temperatures around 4 or 5 degrees across most of the country. Thunderstorms are expected in the north, and wet snow from the middle of the country all the way to the Belgian border.