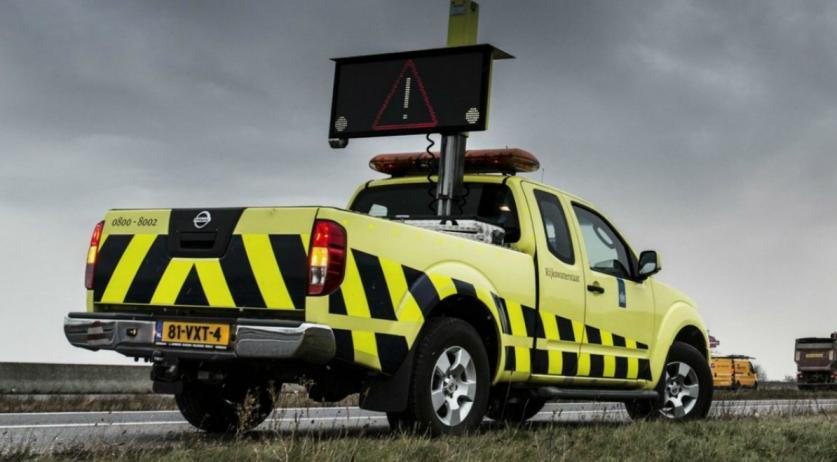 A western storm is set to hit the Netherlands this morning. A code orange weather warning for very strong winds is in effect for all provinces except the northern ones, where a code yellow warning is in place. Road users in Groningen are also warned to beware of icy roads. All forms of traffic will be affected by the storm, with canceled flights, fewer trains, and more traffic.

According to meteorological institute KNMI, the storm will bring strong winds for the entire country, peaking between 9:00 a.m and 2:00 p.m. with gusts between 100 and 120 kilometers per hour. Coastal areas may even see gusts of up to 130 kilometers per hour. The winds will come from the west to northwest, and will calm down during late afternoon. "Risk of falling trees and loose branches. Take measures to prevent damage or injury. Dangerous situations for traffic and water sports. Prepare for a trip and take longer travel times into account. Follow weather reports and warnings", the meteorological institute warns.

In addition to strong winds, road users in Groningen are also warned to beware of icy roads due to snowfall. The iciness should melt away by around 10:00 a.m., according to the KNMI.

Traffic information service VID and the ANWB both warn road users to not drive with a trailer or empty truck today. Traffic buildup was fairly heavy even before rush hour began on Thursday morning. There were already 345 kilometers of traffic jams on Dutch highways by 7:45 a.m., according to travel association ANWB.

Public works department Rijkswaterstaat deployed extra road inspectors and is keeping an eye on the situation on the roads during the storm today. Extra tow trucks and debris removers were also deployed to "wind sensitive locations".

The strong winds are expected to heavily affect air traffic. "Air traffic to and from Amsterdam Airport Schiphol will experience disruptions as a result of stormy weather", the airport warns. "Unfortunately, passengers should be prepared for potential cancellations or delay of their flight." Travelers are advised to keep an eye on the Schiphol site or app, or contact their airline, for actual flight information. 262 flights have already been canceled at the airport today. There are 132 canceled arrivals between 8:15 a.m. and 10:20 p.m.. and 130 canceled departures between 6:50 a.m. and 9:25 p.m. KLM already announced 114 canceled return flights in Europe on Wednesday.

NS and ProRail are running fewer trains today due to the storm. "Because a heavy storm is predicted today, NS and ProRail err on the side of caution and adjusted the timetable", NS writes on its site. "However, severe storms can lead to more nuisance for train passengers. That is why we advise travelers to keep an eye o the weather reports and to consult the Xtra travel planner just before the trip. Take longer travel ties or crowds in the train into account."

The rail company already reports four disruptions. No intercity direct trains are traveling on the high speed line between Amsterdam Centraal and Rotterdam Centraal due to the weather. It is unclear when they can restart. No train traffic is possible between Wolvega and Heerenveen until at east 10:00 a.m. due to an accident with a pedestrian. No trains are running between Schiphol Airport and Leiden Centraal due to a faulty overhead line. NS hopes to fix this problem by 10:00 a.m.. Buses are transporting passengers between Hoofddorp, Nieuw Vennep, Sassenheim an Leiden Centraal. And no stop-trains are traveling between Hengelo and Bad Bentheim until at least Friday night due to equipment restrictions.