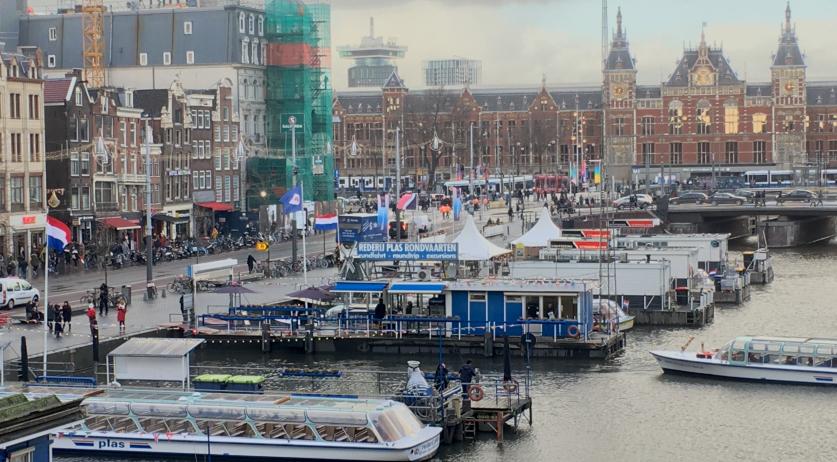 A western storm will hit the Netherlands on Thursday, bringing with it strong winds. Gusts of up to 130 kilometers per hour are expected in the western coastal provinces. Meteorological institute KNMI issued a code orange weather warning for the whole country, starting at 10:00 a.m. and continuing through to 2:00 p.m. A code yellow warning is in effect for the rest of the day.

"It's going to be a very turbulent day", Harry Geurts, meteorologist at the KNMI, said to NU.nl. The coastal provinces in particular will have to prepare for considerable problems caused by wind during the late morning and afternoon, he expects. "Furthermore,the temperature in the northeast may be so low that snow can fall in the morning. In the rest of the country the showers will mostly show themselves as rain."

Schiphol expects that the storm will reduce the airport's runway capacity. A total of 230 flights have already been canceled for tomorrow, and many delays are expected. Travelers are advised to keep an eye on the Schiphol app or website for actual travel information.

Traffic information service VID also advises road users to keep an eye on weather and traffic reports. "The peak of the storm is exactly between morning and evening rush hours", Frank Boer of the VID said to NU.nl "But the other weather conditions will certainly cause more than usual congestion and problems on the road all day." Public works department Rijkswaterstaat advices road users not to take empty trucks or trailers on the road during the peak of the storm.