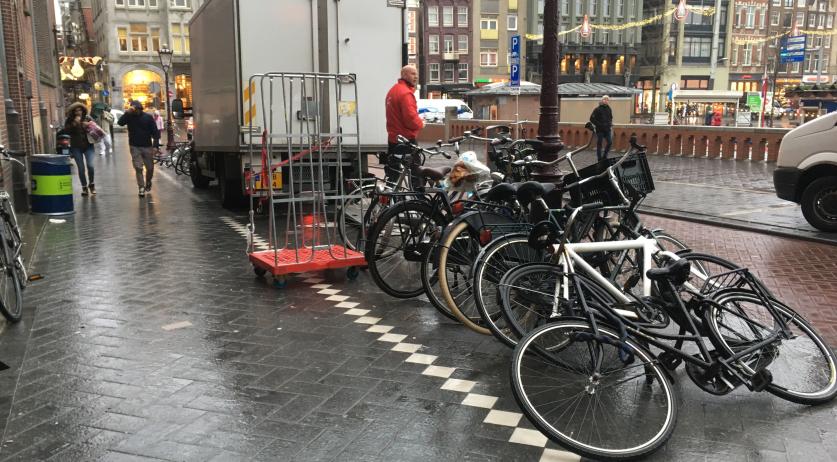 After a brief 24-hour respite, very windy weather is expected to return to the Netherlands on Thursday afternoon, causing a challenging rush hour period in Rotterdam, Leiden, Den Haag, and Maastricht. The wind adds an extra problem where a regional public transportation strike is in effect through 11 p.m.

Sustained winds between 75 and 90 kilometers per hour are expected in seven different provinces, triggering a Code Yellow weather warning from the national meteorological agency KNMI. Wind gusts of up to 110 kilometers per hour may be felt during the warning period, which starts as early as 5 p.m. in the southern provinces of Zuid-Holland, Zeeland, and Limburg, ending to later than 1 a.m. the next morning.

A similar caution was issued starting at 8 p.m. on the northwestern coast, covering Noord-Holland, Flevoland, and Friesland and ends as late as 4 a.m. further northeast in Groningen.

Ground temperatures in the Netherlands will peak in the range of eight degrees Celsius in the north and 12 degrees in the south. Overnight that figure is likely to fall between seven degrees in Noord-Holland down to five degrees in Utrecht and the eastern border.