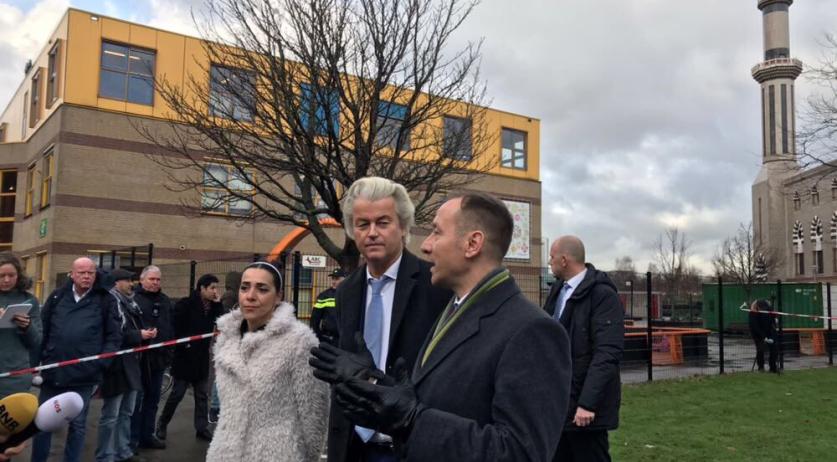 PVV leader Geert Wilders fired Géza Hegedüs as faction leader in Rotterdam on Friday after it was revealed that he expressed support for Holocaust denier David Irving in 2014. This happened just one day after Wilders announced Hegedüs' appointment, overshadowing the PVV's participation in the municipal elections in Rotterdam.

"To our great regret we have taken note of new, not known to us, information about party leader Géza Hegedüs", Wilders said in a statement published on Twitter. "This information is unacceptable and does not suit a PVV politician. The involved person was immediately removed from the [candidate] list." Wilders added that he regrets the state of affairs very much. "If we had known this, Mr. Hegedüs would never have been put on the list."

According to newspaper AD, former soldier Hegedüs expressed support for convicted historian David Irving on Facebook in 2014. Irving previously served a prison sentence for denying the mass murder of Jews by the Nazis. In the Facebook post Hegedüs wished him "many more productive years" and expressed his "respect" for Irving. Hegedüs was also active in organization Erkenbrand, an organization with extreme right-wing ideals. He also made extremist statements in a podcast for the organization.

Wilders did not indicate whether AD's reports were related to Hegedüs' dismissal.

Political commentator Frits Wester called the commotion around Hegedüs "really damaging to the party" and Wilders to RTL Nieuws. "This does the PVV no good. This says something about the inadequate screening of the candidates: controversial types want to go into politics through his party. And then also in an important city like Rotterdam", Wester said to the broadcaster. "The action of Wilders to drop him is justified and inescapable."

In comment about this incident, Deputy Prime Minister Hugo de Jonge also said that proper screening is very important "for trust in politics".

Leefbaar Rotterdam, a right-wing party in Rotterdam and competition for the PVV, can't help but be pleased about this development, party leader Joost Eerdmans said to RTL. "I have to admit, I gave a small smile wen I heard the news. The PVV is after all a competitor for us", he said. "I warned Geert Wilders. That he has to be careful and that good screening is extremely important. There is at least one more person on the Rotterdam list of the PVV that I do not feel good about. It is not as bad as with Géza Hegedüs, but I have warned Geert about this one person. I know the person from Leefbaar Rotterdam."

Wilders will announce who the new faction leader in Rotterdam will be later this week. This announcement was met with a snarky comment from DENK leader Tunahan Kuzu, who hijacked Wilders' faction leader announcement at the Essalam Mosque last week by announcing that DENK will also participate in the Rotterdam municipal elections just before Wilders was set to speak. "Hey Geert, next week. Same time, same place? Will you bring the tea with you? I'll bring cookies", he said in a tweet.