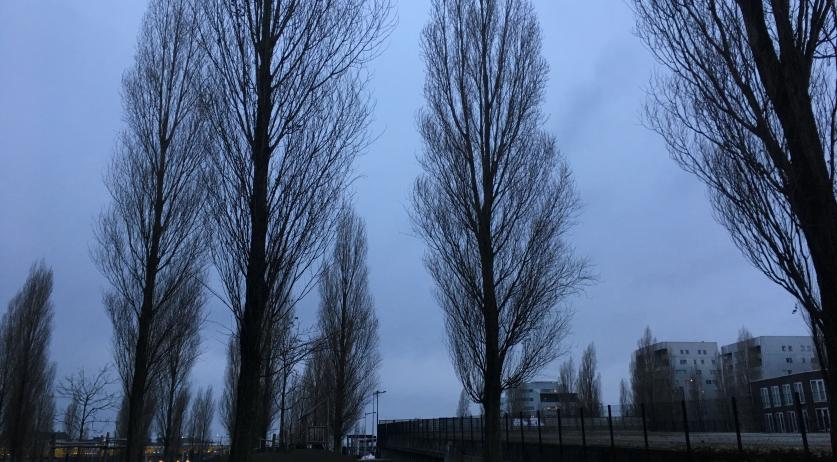 Snow expected in Netherlands this weekend

From Friday the Netherlands can expect harsh winter weather, with an increasing chance of snow, according to Weeronline. The entire country may see some snow this weekend, especially on Sunday afternoon and evening, the weather service reports.

Today will be predominantly windy and rainy. Meteorological institute KNMI issued a code yellow warning for strong winds in Noord-Holland this afternoon. Gusts of up to 90 kilometers per hour can be expected along the coast during the afternoon. There will also be a lot of rain around evening rush hour, so traffic jams may be extra long, Weeronline warns. Afternoon temperatures will be around 8 degrees.

Friday will be a miserable day, with strong winds along the coast, according to Weeronline. "The weather picture consists of sun and showers that get a more and more wintery character throughout the day." There's a chance of hail, snow and thunderstorms. Maximum temperatures will range between 3 degrees in south Limburg and 5 degrees in the northwest.

Saturday will be even colder, with temperatures ranging between 2 degrees in Limburg and 5 degrees in the coastal areas. Due to a moderate wind, ambient temperatures may drop to between -2 and -4 degrees. The day is expected to be filled with winter showers, accompanied by hail, snow and thunderstorms.

The weather forecast for Sunday is still pretty uncertain, but as it looks now there is a good chance of snow north of the major rivers. Between 5 and 10 centimeters of snow may fall in the afternoon and evening.