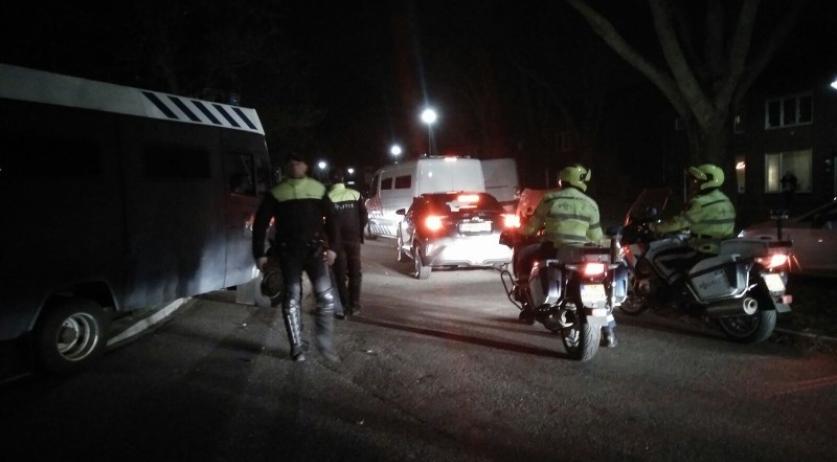 Around 200 police officers raided a total of six properties connected to Satudarah on Wednesday night, including the outlaw motorcycle gang's clubhouse in Geleen. A total of five people were arrested, the police said in a statement.

Four people were arrested at the clubhouse on Borrekuilstraat, the other in a home elsewhere in Geleen. The raids were done in cooperation with the Public Prosecutor as part of an investigation into Satudarah members' involvement in extortion, threats and money laundering.

The police checked everyone present in the clubhouse for illegal arms possession, drugs and other crimes. If no crimes were committed, they were allowed to go. After everyone was checked, the police searched the building.

The other raided buildings were located elsewhere in Geleen and in Kerkrade. So far no announcements were made about what the police found.