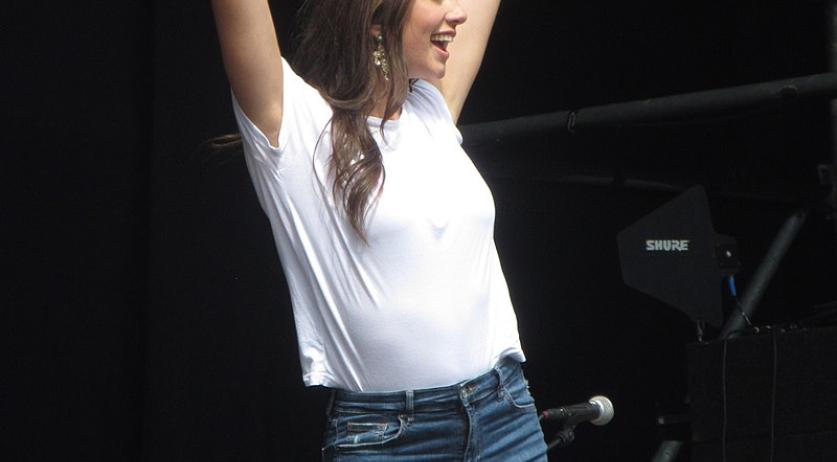 Dutch broadcaster Radio 538, DJ Frank Dane and his colleagues are facing criticism over a "prank" they pulled on 20-year-old singer Maan de Steenwinkel over two weeks ago. The DJs sent a streaker - a naked man - to startle De Steenwinkel while she was performing on the radio station. The young woman was so shocked that she burst into tears, ANP reports.

"I got such a fright", De Steenwinkel said during the broadcast. "I was already a little nervous before the performance. I had my eyes closed and suddenly there is a naked man in front of my face." The young woman apologized for her reaction.

The incident happened on November 17th, but only started getting attention on Sunday when singer Tim Knol and others expressed outrage on Twitter. "Incredible bunglers", Knol said on Twitter. "To deal with artists like this. Nobody should go to that cunt radio station to promote his song. Fuck off." Presenters like Eric Corton and Janine Abbring also expressed their displeasure. "I was looking for words, but Tim already said it perfectly", Abbring said.

The Volkskrant columnist Sheila Sitalsing spoke of "a station with filthy males who think that filthy male fantasies are fun. Yuck." Sjors Fröhlich, chief editor of broadcaster BNR, said that he would have fired the DJs if they were working at his station.

De Steenwinel and Frank Dane will "give an explanation together" on Radio 538 at noon on Monday, Talpa said in response.

In October members of the Asian-Dutch community also criticized Radio 538 for using anti-Asian racism in a casting call.