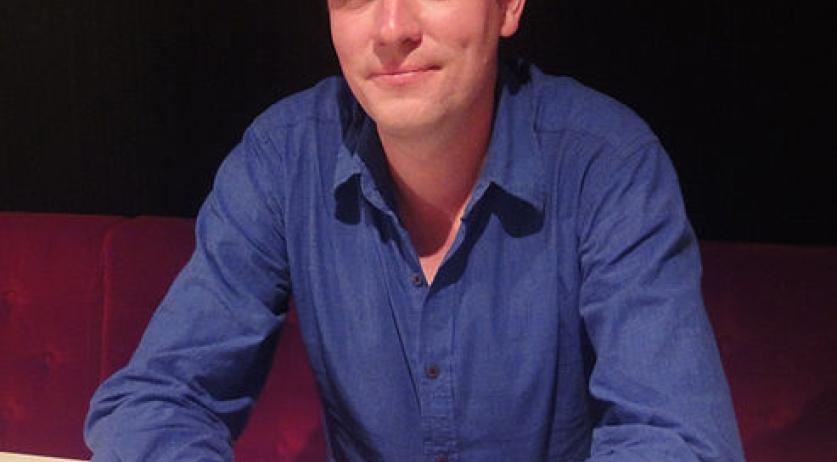 Last week Jelle Brandt Corstius told the world that he was raped while working for talk show Barend & Van Dorp in 2002. While his article in newspaper Trouw and his interview on De Wereld Draait Door named no names, the man he accused of rape is TV producer Gijs van Dam. Van Dam denies the accusations and is pressing charges of libel and slander against Brandt Corstius, him and his lawyer announced on Pauw on Monday.

"At the beginning of my television career, I was drugged during my work and forced to perform oral sex, which is rape. When he also wanted to anally rape me, a survival instinct took over and I fled outside", Brandt Corstius wrote in Trouw last week. "But this story can't be published. It's his word against my word. There are no witnesses, I do not know - for the time being - of any other incidents. If it comes to a lawsuit, there is a good chance that he will successfully accuse me of slander, and that I will take a second mortgage on my house to pay the damages."

Brandt Corstius decided to come out with his allegations in order to warn others involved. "I'm also writing to all HR managers, executives, team leaders and people of trust. Make the threshold as low as possible to report this type of abuse. And if someone reports it, take it seriously", he wrote. "I write this to all the people who were trusted by a friend or colleague. Perhaps they want more than a listening ear, maybe they need that push to take action. And I write this for all the bastards that still think they're getting away with it. That their dirty laundry will remain limited to the rumor circuit. 'Your time is over', I want to finish this piece."

Gijs van Dam vehemently denied these accusations with his lawyer on television show Pauw, which aired Monday. "I've been extensively executed without any kind of trial based on a lie", Van Dam said, according to AD. He and Brandt Corstius were in Van Dam's hotel room the night Brandt Corstius spoke of. "We drank a glass of wine, began to flirt and then ended up in my bed. We had sex and then Jelle went to his own room. No one was raped, nobody was forced. The morning after, I thought: This is not entirely my type, let me leave it at this one time. We finished the season on the same program. After the summer, I went to make the Idols program."

According to his lawyer Peter Plasman, Van Dam is pressing charges of defamation and slander against Brandt Corstius. "You can bring out a story without naming a name, but the damage has already been done. Brandt Corstius accuses someone of being a rapist without consequence. That he did very manipulatively and with sophistication. Brandt Corstius said on DWDD that he could not say whether the accused denies this story, while he knew that he does. This threatens to ruin my client's life without there being any evidence." the lawyer said.

The lawyer added that Brandt Corstius should've reported Van Dam at the time. He can still do so, because the case hasn't yet reached its statute of limitation. "But he will not be credible", according to Plasman.

Brandt Corstius responded to the Pauw broadcast on Twitter: "I understand that I should say something now. But I don't know what", he tweeted.