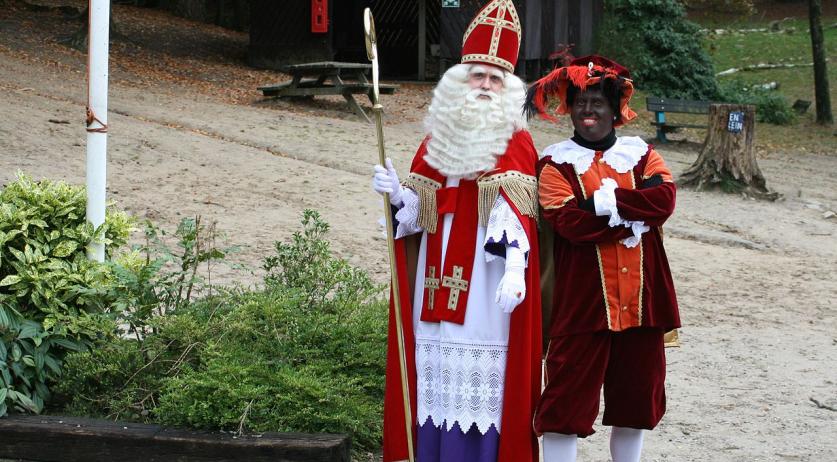 No multicolored Pieten in Sinterklaas show this year

NTR's Sinterklaasjournaal wil not feature any multicolored Piet characters this year, media director Willemijn Francissen said to the Telegraaf. Exactly what Sinterklaas' controversial helpers will look like is unclear. All she would say about that is "a kind of fifty shades of gray". So it seems that traditional blackface Zwarte Piet may also not make an appearance.

According to Francissen, the multicolored Piet characters the show used last year, was not that successful when looking back. "It fit too little in the tradition and did not look great." But saying more about what this year's Pieten will look like, will give too much away about the story line, she said to the newspaper. "But we all know that you turn black from going through the chimney, and that's what Pieten do. Black is not a skin color, but soot."

The Sinterklaasjournaal usually sets the tone for how the controversial character will be handled, with many municipalities and organizations following the show's lead.

Francissen emphasized that the show is "going its own way", and that NTR is not "lending its ears to any extreme groups". She added that the image of Zwarte Piet has been changing for years. "Since 2006, we haven't talked about Zwarte Piet, long before the whole discussion started. We have Huispiet, Pietje Precies, Wellespiet, those kinds of names."

His look also changed - no more gold earrings and big red lips. "Without anyone being bothered by it. You mustn't name everything. Many people are talking about NS, which in the context of gender neutrality are addressing clients as 'dear travelers' instead of 'ladies and gentlemen'. If they implemented it quietly, maybe no one would have noticied."

The image of Zwarte Piet has been the subject of heated discussion in the Netherlands for many years, with many seeing the blackface character as a racist stereotype and icon of slavery, and others insisting that traditions should be kept in tact.