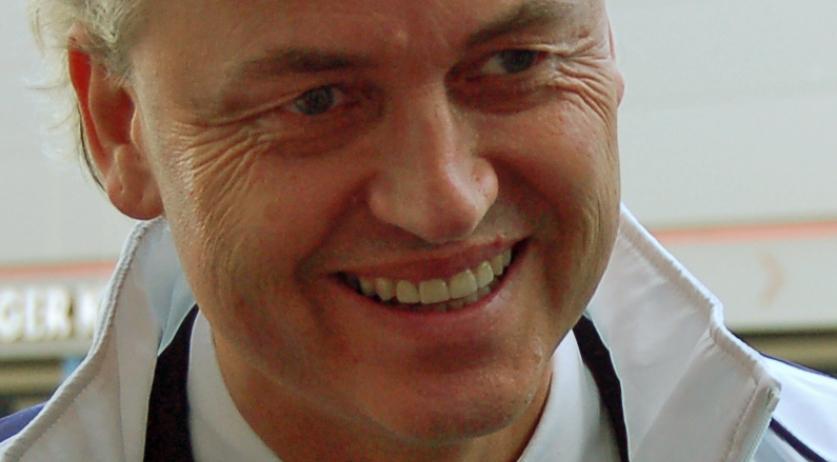 The reason for this is a book by former VVD MP Ybeltje Berckmoes-Duindam, in which she states that Taverne disagreed with the court ruling that convicted Wilders of inciting discrimination and insulting a population group last year. But the VVD banned Taverne to give this opinion in a debate on the freedom of expression, because it could've helped Wilders in the run-up to the parliamentary election, according to the book.

According to Berckmoes, Taverne found that the ruling "does not fit with how the law should be interpreted according to the VVD", AD reports. She quotes an internal note Taverne wrote to the VVD. "Nationality is not a race and therefore there is no legal ground on which Wilders could be convicted. The court also argued that a speech at an election meeting such as Wilders held, did not as a whole contribute to the public debate in the Netherlands. I do not agree with that", he wrote according to Berckmoes.

According to Berckmoes, that opinion never left the VVD faction, because Wilders stood high in the polls at the time and they were not allowed to "utter a single word that sounds even slightly positive about Wilders."

Wilders announced that he talked with his lawyer Geert-Jan Knoops and that he will ask the court to question Taverne under oath, AD reports. According to Wilders, Taverne's opinion is particularly relevant, because the VVD is the ruling party and both the Prime Minister and Minister of Security and Justice belong to it.

This case revolves around statements Wilders made about Moroccans while campaigning in the Hague in March 2014. On March 12th of that year he said that The Hague should be a city with "fewer burdens and if possible also fewer Moroccans". And a few days later he rhetorically asked a cafe full of people whether they wanted more or fewer Moroccans, to which they chanted "fewer, fewer, fewer".

Wilders was found guilty of inciting discrimination and insulting a population group, but was not given any punishment. Both Wilders and the 35 people who filed discrimination charges against him appealed. The claimants want compensation from Wilders, the PVV leader wants to be acquitted.

The appeal is scheduled to start at the end of October. Though one of the lawyers assisting the claimants asked that it be postponed while the lawyers settle a compensation dispute with the Legal Assistance Board.