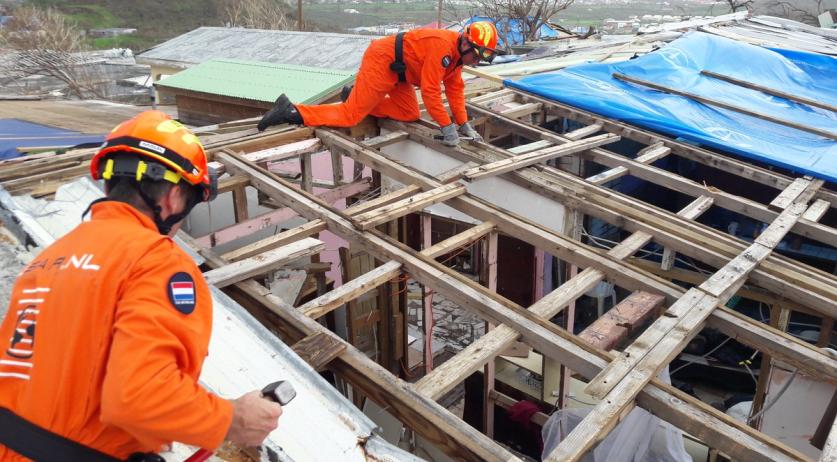 Rebuilding Sint Maarten after the devastation Hurricane Irma left behind, will cost hundreds of millions of euros at least, Minister Ronald Plasterk of Home Affairs and Kingdom Relations said in the Tweede Kamer on Thursday. From next week Friday, the Dutch government will work on starting an aid fund for the island, NU.nl reports.

Exactly how much money will go into that fund, and where that money will come from, is not clear yet. It will also not become clear in the coming weeks. The new government must look at that, Plasterk said. The Netherlands will work on this with the other countries in the Kingdom - Sint Maarten, Aruba and Curacao. Plasterk thinks it's good that "all countries in the Kingdom" are visibly involved in helping Sint Maarten.

Plasterk also said it is important to make very sure that the aid fund is properly organized, so that the fund has final responsibility for granting credits, making decisions and giving orders.

Hurricane Irma damaged 91 percent of the buildings on Sint Maarten. Plasterk believes that a large number of people on the island are not insured. The Minister pointed out that there are large disparities between rich and poor on the island, and the hurricane only increased those differences. According to him, the poor people's homes were least structurally sound, and they were also least insured.

Plasterk also said that this reconstruction should be used to make sure the buildings on the island are built better and more sustainable than before. That will cost extra money.

An Urban Search and Rescue Team that went to help out on the island shortly after the hurricane, is returning to the Netherlands on Monday, RTL Nieuws reports. "Briefly said, with a toolbox, we moved through the neighborhoods, and those who needed us, we went there." Camille Michel, team leader of the USAR, said to the broadcaster. Among other things, the team of emergency workers patched up many homes - including that of an elderly couple so that they didn't have to sleep in the car - and went to all 34 schools on the island to help them open again as soon as possible.

The municipality of Amsterdam announced that it is donating 850 thousand euros for reconstruction on Sint Maarten - the first municipality to give such a large amount, according to NU.nl. "We're giving about one euro per inhabitant", a spokesperson for the municipality said.

During a national fundraising day for the island last week, the municipality of Dronten also donated about a euro per inhabitant, amounting to 40 thousand euros, according to NOS' live blog of the event. The Wadden islands together donated 10 thousand euros.