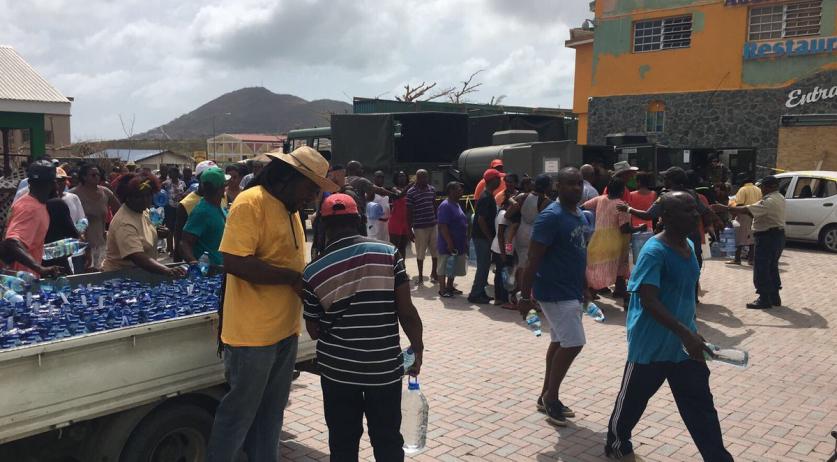 Sint Maarten can count on a financial contribution from the Netherlands to help it recover from the devastating effects of Hurricane Irma, Prime Minister Mark Rutte said on Tuesday evening, according to Metro Nieuws. He did not mention any amounts.

There is no doubt that the Sint Maarten - an autonomous country that forms part of the Kingdom of the Netherlands - desperately needs help. According to the Red Cross, 91 percent of the homes on the island were damaged or destroyed.

So far the Dutch government refused to make an estimate on how much money the island will need to rebuild, according to newspaper AD. But Sint Maarten's Prime Minister William Marlin thinks it will be at least a billion euros. "Some experts even hold it at 1.3 billion, and that's not crazy", Merlijn Stoffels of the Red Cross said to the newspaper. "In 1995 with the previous devastating hurricane, it was also over 1 billion."

Minister Bert Koenders of Foreign Affairs is counting on financial aid from the European Union. But whether that will materialize, is uncertain. Given Sint Maarten's autonomous status within the Kingdom of the Netherlands, it does not form part of the European Union and therefore may not be eligible for aid from the EU's assistance fund for natural disasters.

The Red Cross started raising funds for the three Dutch islands affected by Hurricane Irma almost immediately after the hurricane hit. The aid organization established Giro 5125 for this purpose. So far people of the Netherlands donated 3.2 million euros, according to AD. On Friday the Red Cross and Dutch broadcasters NPO, SBS and RTL are holding a national fund raising day for Sint Maarten.

The Netherlands has a history of raising funds after disasters. Dutch gave tens of millions of euros following the hurricane in the Philippines in 2013 and the earthquake in Nepal in 2015. Professor of philanthropic studies Theo Schuyt believes that this fund raiser will also raise as much. "It always depends on three elements", he said to AD. "One: is it the people's fault there? We give much less to countries with internal conflicts, such as Syria. But this is a natural disaster. They could do nothing about it, so that's fine. Two: are there good images of it? Well, those there are, with our king in there too. And three: you clearly need to indicate what it is needed for. Food shortage, water shortage, dying children... That's going well with this action. We will easily get over 10 million. Definitely!"