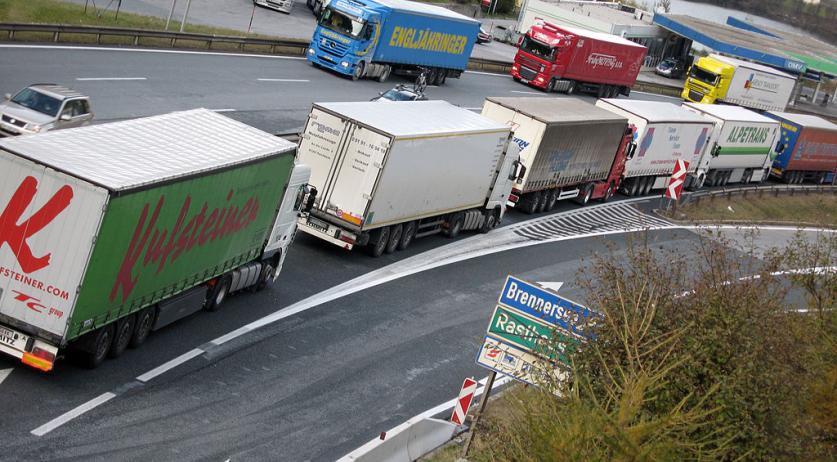 Dutch truckers are facing major problems with the new toll registration system Belgium implemented last last year, the Dutch organization for transport and logistics TLN said to broadcaster NOS. Hundreds of truckers received fines because the the toll registration box installed in their trucks doesn't work properly, according to TLN.

All trucks driving through Belgium must be equipped with such a box. Detection poles along Belgian roads pick up the box and so toll invoices are calculated automatically. But in practice, the box often doesn't work well, TLN chairman Arthur van Dijk said to NOS. Truckers can't see that the box isn't working and are therefore often surprised with fines. "It's raining fines. If you drive with a non-working box, you must pay 1,000 euros immediately", Van Dijk said.

Belgian inspectors don't want to hear about boxes not working properly and keep writing out fines, according to TLN. "We think it's really absurd what's going on", Van Dijk said.

The inspectors also demand that all outstanding fines be paid immediately, even if the trucker filed a complaint against it, a TLN spokesperson said to ANP. The organization finds that unacceptable. "If I speed in Belgium, I'll get the fine at home. That should be possible here too, shouldn't it?" the spokesperson said. "So many fines have been imposed that an unacceptable situation has arisen."

TLN is calling on Minister Melanie Schultz van Haegen to intervene by contacting her Belgian colleagues. The organization wants no further fines to be issued until the system works properly. They also want lower fines for truckers who have a good record and day passes for transporters who don't travel through Belgium often.

Schultz is aware of the situation and is taking it seriously, she said to the Telegraaf. "I contacted ViaPass, which is responsible for the Belgian kilometer tax. The company is now working with the service provider on a solution", the Minister said. She also promised to contact her Belgian counterpart about the matter.