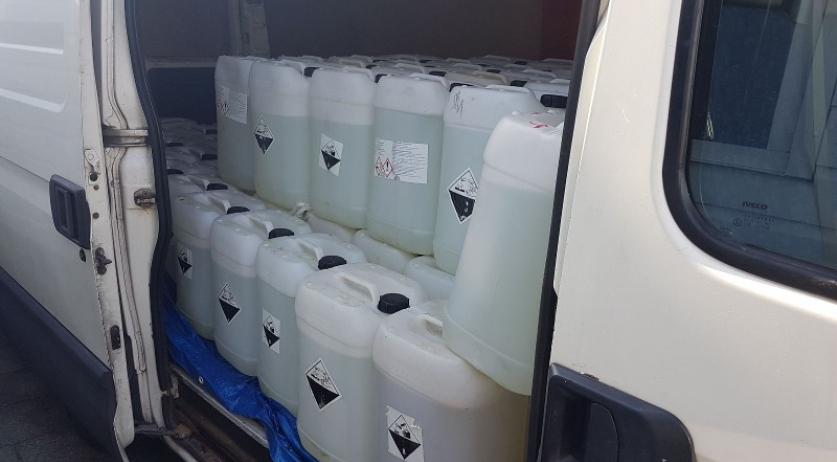 The police seized 7 thousand liters of hydrochloric acid in a barn in Molenschot, Noord-Brabant on Tuesday. Investigators believe the substance was intended for the production of synthetic drugs, the police said in a statement on Wednesday. A 35-year-old man from Ulicoten was arrested.

Officers were sent to check a van parked on Raakeindse Kerkweg after a tip was received. In the van they found jerrycans containing some 2 thousand liters of hydrochloric acid. They then decided to check the home and barn on the premises where the van was parked and found another 5 thousand liters of the substance in the barn.

While the police were investigating, a 35-year-old man from Ulicoten arrived at the scene. According to the police, his statement revealed that he may be involved in the case and he was arrested.

"It involves thousands of liters of raw materials, which are mostly used for the production of amphetamine or MDMA, known as speed or ecstasy", police spokesperson Willem-Jan Uytdehage said to newspaper AD.

According to the police, the 7 thousand liters of hydrochloric acid can be used to produce about 4 thousand kilograms of amphetamine - worth about 2.8 million euros.