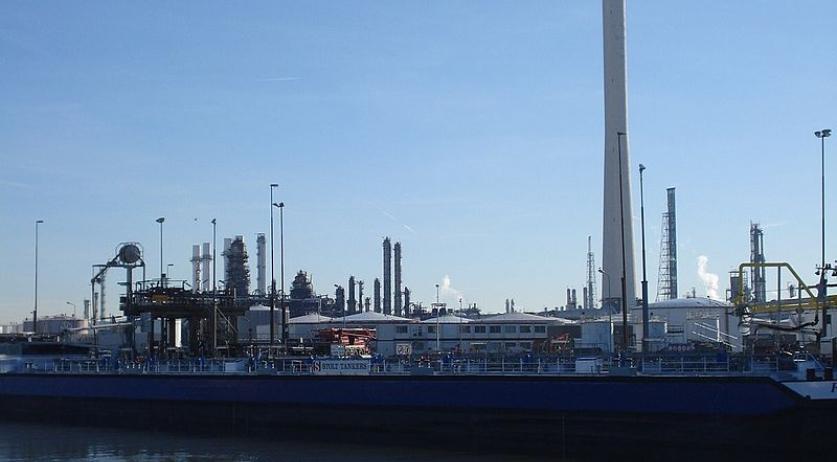 Emergency services responded en masse to the Shell Pernis refinery in Rotterdam on Monday night after a leak of hydrofluoric acid was discovered. Less than 48 hours earlier, emergency services also responded to the refinery when a short circuit in a high voltage cable caused a fire, NU.nl reports.

A very low concentration of the hazardous substance leaked when flushing pipes, according to the local safety office. The leak was discovered around 10:15 p.m. By 00:30 a.m. the Shell staff managed to close the leak. The acid did not leak off the Shell premises.

Hydrofluoric acid has an acidic odor and is very dangerous, even in small quantities. In contact with the skin, the substance eats through to the bone without immediate pain. The fire department was at the scene for hours after the leak was closed to monitor the situation.

"We regret that we again caused nuisance and unrest in the vicinity of our refinery", Shell said, according to the newspaper.

The DCMR Environmental Service Rijnmond reported that a cloud of gas was moving towards the Hoogvliet neighborhood. According to the safety office, this was untrue. "It wasn't even a cloud", a spokesperson said to NU.nl. Emergency workers were present in Hoogvliet. A number of police units decided on their own initiative to warn people to stay indoors, according to the safety office. "It was of course nice weather, so it seemed a good idea to ask people who were still on the street or in the parks to go inside", the spokesperson said.

When asked, a spokesperson for DCMR told the newspaper that they are still trying to figure out why the notification was sent. "That is a very annoying misunderstanding", the spokesperson said. The DCMR received 29 reports of stench, especially from Hoogvliet.

Train traffic in the area was brought to a halt and Vondelingenweg, which runs adjacent to the refinery, was closed while the leak was dealt with.

During the early hours of Sunday morning there was a fire in the refinery, caused by short-circuiting in a high voltage cable. Shell shut the refinery down, which resulted in extra gas that needed to be flared off. That led to explosions and spectacular flames in the night sky.