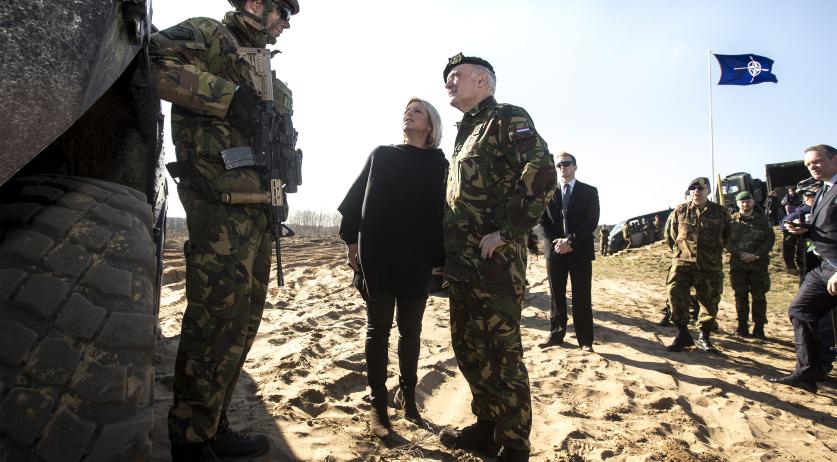 Four Dutch soldiers that form part of the NATO battalion in Lithuania, were sent back to the Netherlands after they were arrested for involvement in a drunken fight, according to newspaper Trouw.

The incident happened on July 1st. A quarrel escalated to a physical fight in the Lithuanian capital of Vilnius. Two of the four soldiers attacked a local. Exactly what happened is unclear, as is how the other two soldiers were involved. All four Dutch soldiers were arrested. At the time of their arrest, their blood alcohol levels were between 0.54 and 1.75 per mille, according to the newspaper. Driving a car is illegal from 0.5 per mille.

The Netherlands asked that the four soldiers' trial and punishment be left up to the Netherlands, and they were sent home. The NATO Commander imposed an overall alcohol ban.

The four soldiers are still employed with Defense. The investigation into what happened is still ongoing, a spokesperson for the Ministry said to Trouw.