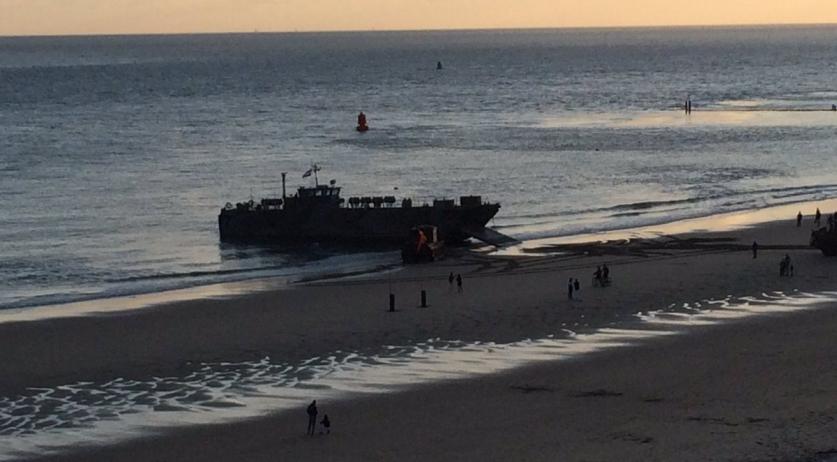 Navy vessel gets stuck on sandbank on Dutch coast

A landing vessel of the Corps Marines got standed on a sandbank during a training exercise just off the coast of Vlissingen on Wednesday evening. The vessel was stuck for several hours, before high tide freed it, Omroep Zeeland reports.

A spokesperson for the Marines told the broadcaster that the stranded vessel had no consequences for the training exercise, which was set to last well into the early hours of Thursday morning.

The landings form part of large-scale training involving 130 marines, according to NU.nl. They have been practicing along the coastline and on the water near Vlissingen and Terneuzen since Tuesday. The training involves practice ammunition, a number of vessels, 23 military vehicles, eight military track vehicles and two helicopters.

Zr. Ms. Rotterdam is stationed on the Westerschelde for the exersise. Vessels and helicopters depart from the transport ship as part of the training.