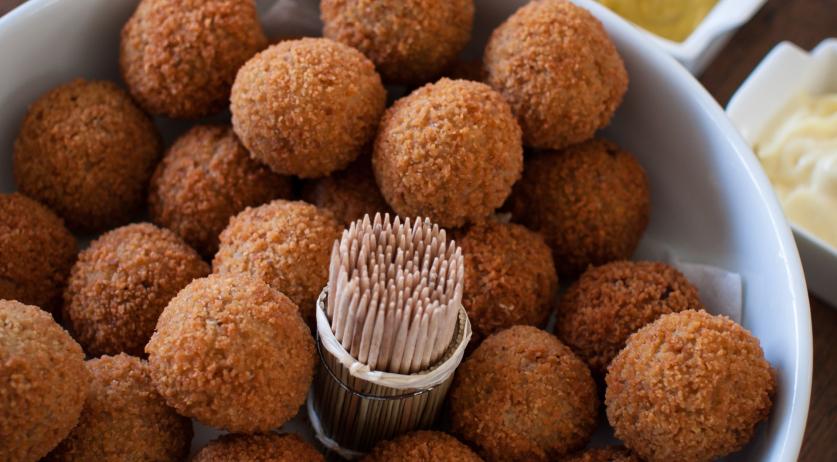 Political parties in Utrecht are fighting over which snacks to serve in the city hall. A proposal was recently accepted to serve at least 50 percent vegetarian or vegan snacks during meetings. The local VVD is now fighting to keep their bitterballen - a deep fried, meat based Dutch snack.

According to RTV Utrecht, the PvdD proposal for half vegetarian snacks did not seem to stand a chance. Coalition parties GroenLinks and D66 caught everyone off guard when they voted for the proposal on Thursday, giving it a majority in the city council. No one was more surprised than coalition partner VVD.

The VVD is now fighting to reverse the decision with a new proposal that will be submitted this week. The party is not so much against expanding the vegetarian selection, but wants to retain the freedom to choose a bitterbal, faction chairman Dimitri Gillissen said.

"With this proposal the PvdD wants to decide what you have on your plate. The VVD does not want that. That people choose for a vegetarian or vegan snack is fine, but the party is implementing a vegetarian quota. We don't like that. Let people decide for themselves what they eat. That is not the responsibility of the municipality", Gillissen said, according to the broadcaster.