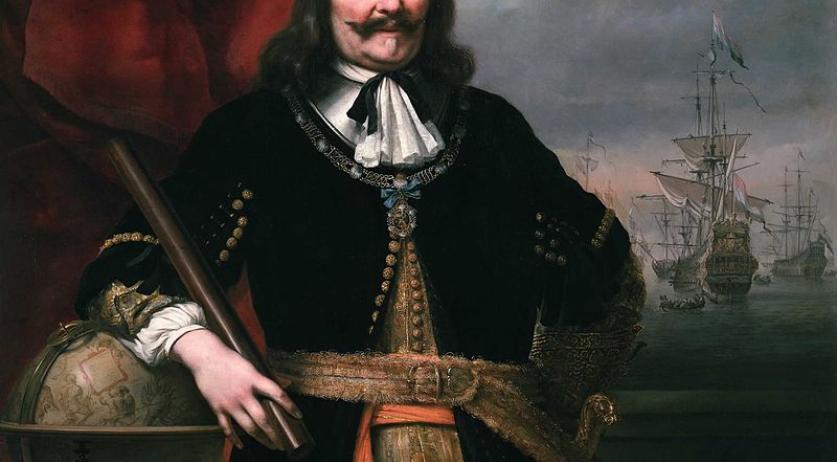 Statue of Michiel de Ruyter stolen from the Dutch Navy; turns up on Texel island

A wooden statue of Michiel de Ruyter was stolen from the Dutch Navy during the Marine Days in Den Helder this weekend. The statue finally turned up on Texel on Wednesday. It is unclear who was behind the statue's voyage to the West Frisian island, the Telegraaf reports.

Before the statue was found, a Navy spokesperson said that they initially thought it was some kind of bad joke. But the longer the 100 kilogram statue was missing, the less funny it became. "The moment of return has come and gone, so it's definitely not funny anymore", the spokesperson said to Omroep Flevoland.

The Navy confirmed that the statue was found on Twitter. "Michiel de Ruyter paid a visit to his colleagues on Texel", the Navy tweeted.

"We're happy to know where he is", a spokesperson said to De Stentor. "But we always thought he'd pop up again. We weren't too worried."

De Ruyter is celebrated as a naval icon in the Netherlands, and he was even featured on Dutch currency notes. The 17th-century sailor rose to the rank of Admiral, and was a prominent player in the Anglo-Dutch wars.

However, in recent years several organizations have protested giving De Ruyter recognition as a hero over his links to the slave trade. De Ruyter is often defended for his participation in the slave trade, both by members of the Dutch navy and by the non-profit organization bearing his name, with stories of him using his own resources to also free enslaved people.