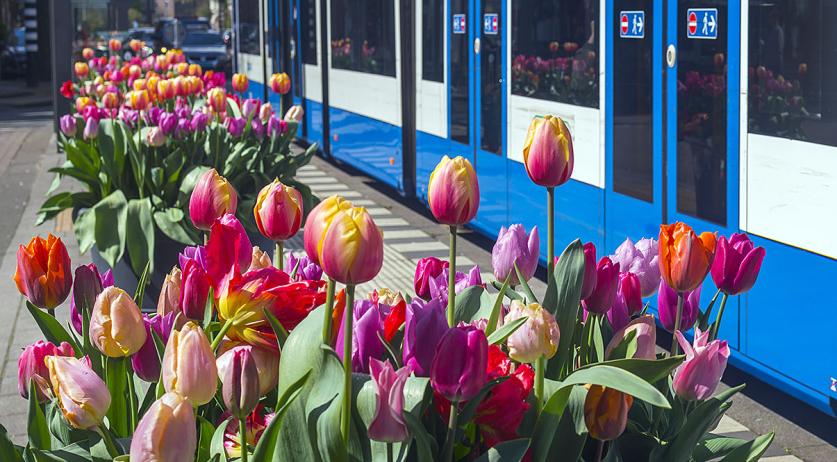 This spring was a record season for flowers in the Netherlands. Famous flower park Keukenhof in Lisse welcomed a record number of 1.4 million visitors. And the Amsterdam Tulip Festival featured over 550 blooming tulips.

The Keukenhof considered this a "top season", NU.nl reports. Due to a relatively cool spring, the flowers were in full bloom for eight weeks.

Most of the visitors to the Keukenhof were foreign tourists - some 40 percent came from the Netherlands' neighboring countries and there were also many American and Chinese visitors, 120 thousand and 90 thousand respectively. Only 20 percent of the visitors were Dutch.

The Amsterdam Tulip Festival featured over 550 blooming tulips, in 400 different types and in over 60 locations across the Dutch capital. Cornelis Schuystraat was named the street with the most beutiful mix of tulips.

This was the third edition of the Amsterdam tulip festival. The organizers eventually aim to plant a tulip for each Amsterdam resident. To reach this goal they call on more schools, businesses and individuals to participate in the planting day in October.